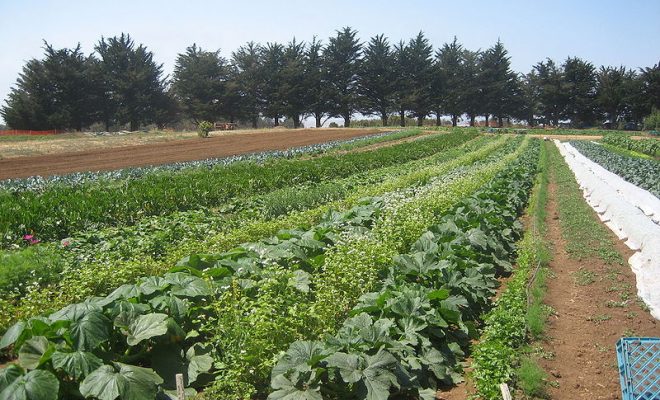 New research is shining a light on the role the global food industry could play in driving habitat and species loss over the next 30 years, even as a European poll shows two-thirds of respondents shifting their eating habits to help address the climate crisis.

“Unless the food industry is rapidly transformed, changing what people eat and how it is produced, the world faces widespread biodiversity loss in the coming decades,” The Guardian reports [1], citing a study published last month in the journal Nature Sustainability. But at the same time, “66% of Europeans said they already eat less meat to fight climate change and a further 13% said they planned to do so soon,” Reuters writes [2], referring to a poll published this month by the European Investment Bank.

The Nature Sustainability report shows nearly 90% of land animals likely losing some of their habitat by 2050 due to “rapid and widespread ecological damage” caused by the food industry as we now know it, The Guardian says. “Ultimately, we need to change what we eat and how it is produced if we are going to save wildlife on a global scale,” said lead author David Williams, a lecturer in sustainability and the environment at Leeds University.

“While conventional conservation tactics such as establishing new protected areas or introducing legislation to save specific species were necessary,” the news story adds, lead author Michael Clark of the University of Oxford also pointed to the importance of “reducing the ultimate stresses to biodiversity—such as agricultural expansion”.

The study looked at the potential impact of multiple different responses, introduced and adjusted across regions and countries, “from eating less meat to reductions in food loss and waste; increases in crop yields to international land use planning,” The Guardian adds. “The authors say this varied approach enables policy-makers to identify which changes will have the largest benefit in their country or region, pointing out, for example, that raising agricultural yields would probably bring huge benefits to biodiversity in sub-Saharan Africa, but do very little in North America, where yields are already high.”

Introducing healthier diets, on the other hand, “would have big benefits in North America, but it is less likely to have a large benefit in regions where meat consumption is low and food insecurity is high.”

Ultimately, “we need to do all of these things,” Clark told The Guardian. “No one approach is sufficient on its own. But with global coordination and rapid action, it should be possible to provide healthy diets for the global population in 2050 without major habitat losses.”

The EIB poll of 2,700 Europeans may have contained an initial glimmer of that response, with 66% of respondents saying they’d already cut their meat consumption and another 13% indicating they planned to do so soon, Reuters writes. The survey of 27,700 people from the 27 EU countries also pointed to a shift in thinking on air travel: 74% planned to fly less for environmental reasons once pandemic restrictions end, with 43% pledging to cut their air travel “all the time”, and 71% said they would choose rail over air for short-haul trips.

“Citizens feel the impacts of climate change and they want the climate crisis to be addressed with unprecedented action,” said EIB Vice President Ambroise Fayolle.