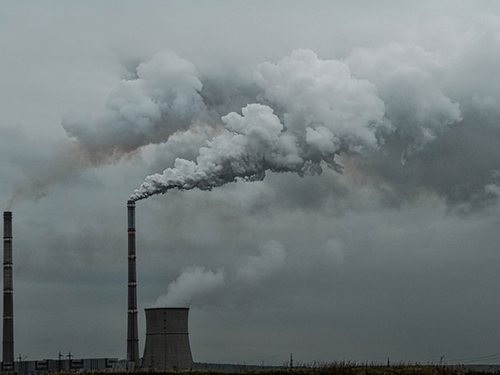 Under mounting pressure from investors, colossal fossil ExxonMobil disclosed Tuesday that its operations accounted for 730 million tonnes of greenhouse gas emissions in 2019, making it the biggest emitter among western oil and gas companies and placing its carbon pollution on a par with a country like Canada.

For the first time, the published calculation includes the Scope 3 [1] emissions that result when Exxon’s products reach customers and are used as directed, Bloomberg Green reports [2]. Until now, Exxon has been more comfortable limiting its reporting to the Scope 1 and 2 emissions it produces by extracting, processing, and shipping oil and gas, or using it for its own purposes.

“Most Western [fossil] supermajors already publish the information and Exxon is doing so because ‘stakeholders have expressed growing interest’ in it,” Bloomberg writes, citing a company report. “Exxon prefers to focus on Scope 1 and 2 emissions, which are within its direct control, rather than the use of its products, which depends on demand from customers. However, rivals such as Royal Dutch Shell and BP are targeting [4] emissions cuts that cover Scope 3 figures.”

With the release if its own Scope 3 data, Exxon cautioned that the numbers “do not provide meaningful insight into the company’s emission-reduction performance and could be misleading in some respects.”

Last month, Exxon received fierce pushback after it announced [5] a vague climate plan that would reduce its greenhouse gas emissions per unit of oil and gas extraction, but had almost nothing to say about the real cuts in carbon pollution required by climate science.

The big fossil “said it would reduce the intensity of operated upstream greenhouse gas emissions by 15 to 20% by 2025, compared to 2016 levels,” Reuters reported at the time. “The reduction would be supported by a 40 to 50% decrease in methane intensity and a 35 to 45% decrease in flaring intensity across Exxon’s global operations, with routine natural gas flaring eliminated in a decade, the company said.”

“Exxon is emphatically not promising to cut its overall carbon footprint by 15 to 20%,” Grist stressed. “It’s just saying that it will reduce the amount of greenhouse gases released during the production of each barrel of oil. If Exxon continues to grow its business, finding and extracting more and more oil, as it intends to do, its overall emissions impact could continue to grow.”

And indeed, “Exxon plans to up its production by one million barrels per day over the next five years,” warned Andrew Grant, Carbon Tracker’s head of oil, gas, and mining research. “Reducing a minority of its life cycle emissions by a small sliver is the thinnest of fig leaves for a big increase in overall emissions and a bet on continued business as usual.”

In this week’s report, Exxon said its Scope 1 and 2 emissions had fallen 3.2% in 2019, to 120 million tonnes of carbon dioxide equivalent (CO2e), its lowest since 2010. But the number merely showed how much more significant the company’s Scope 3 emissions are. The release also maintained the company’s long-standing view that it will “face little risk from declining demand” over the next two decades, when it plans to extract the “substantial majority of its resources”.

Not so long ago, the colossal fossil evidently believed [6] fossil fuels would still be meeting 77% of global energy demand in 2040, compared to only 4% for renewables.