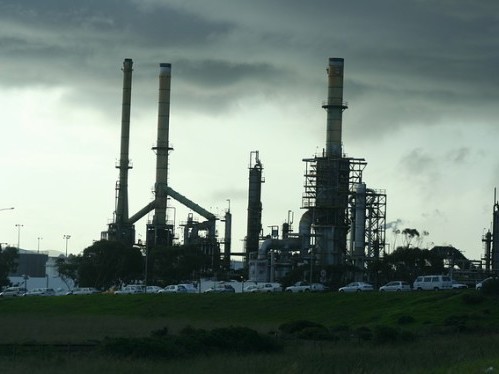 Environment and Climate Change Canada has published draft rules for a new Clean Fuel Standard (CFS) that it says would focus primarily on fossil refineries, reduce greenhouse gas emissions from liquid fuels by nearly 21 million tonnes by 2030, and drive up the cost of a litre of gasoline by up to 11¢.

“The regulations would require producers and distributors of fossil fuels to reduce their carbon content by 2.6% by 2022 and by 13% by 2030,” The Canadian Press reported [1] before the holiday, using 2016 emissions as a baseline. “Companies could achieve that by reducing carbon emitted during production and use of those fuels, or by earning credits to apply against emissions.”

Refineries and other operations regulated under the CFS can receive credits by reducing their own carbon intensity through carbon capture or onsite renewables, supplying low-carbon fuels like ethanol of biodiesel, or investing in electric or fuel cell vehicles, the department said [3]. “The broad range of compliance strategies allowed under the Clean Fuel Standard will give fossil fuel suppliers the flexibility to choose the lowest-cost compliance actions available.”

That market for carbon credits, in turn, “will create economic opportunities for voluntary parties like biofuel producers and other lower-carbon fuel producers to create and sell credits,” ECCC added. “This will create opportunities for feedstock providers like farmers and foresters supporting lower-carbon fuel production,” along with incentives for electric vehicle uptake and charging infrastructure.

“Federal officials say the proposed regulations would make it easier for industry to meet the standard,” CP wrote, giving producers “more flexibility in how to reduce emissions. Energy efficiency, cogeneration, electrification, and methane reduction could all qualify for credits.” Import rules for biofuels would also be tightened, to ensure the products are “actually reducing carbon emissions in their country of origin.”

The federal announcement December 18 kicked off a 75-day consultation period for the regulation, and the new standard is expected to take effect in 2022.

“Clean fuels such as sustainable biofuels, low-carbon hydrogen, and electricity from renewables are at the core of all countries’ net-zero ambitions, and so we applaud the federal government for taking this long-heralded next step to build Canada’s competitive advantage in these key sectors,” he said in a release. “While carbon pricing motivates a gradual reduction in greenhouse gas emissions across the economy, the Clean Fuel Standard gets to work right away, specifically creating a market for zero- or lower-carbon fuel by regulating the amount of carbon pollution in our fuel supply.”

For consumers, the CFS “will result in only marginal cost increases at the pump, and will even reduce fuel costs for those who use more biofuels, low-carbon electricity, or hydrogen,” Plumptre added. “While carbon pricing gives consumers incentives to seek out such lower-carbon options, the Clean Fuel Standard actually reduces the carbon content of our fuels. Considering the enormous and growing cost of climate change to all Canadians, this regulation is both fair and cost-effective.”

CP said the fossil lobby was “more cautious” in its response to the regulation, saying it needed time to digest the details. In a release, the Canadian Association of Petroleum Producers said it “supports measures that incentivize innovation and deliver emissions reductions while avoiding increased costs”.