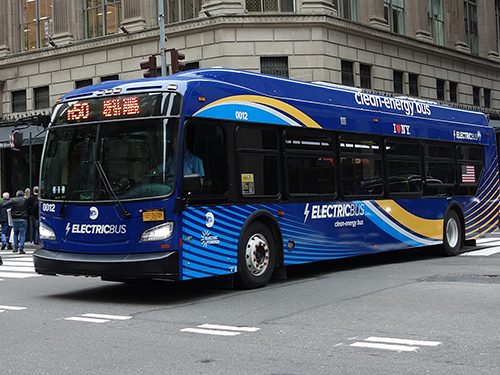 Saint-Jérôme, Quebec-based electric bus and truck manufacturer Lion Electric announced what one industry newsletter calls a “power move on the competition” late last month, signing a US$500-million merger deal that will win it a coveted listing on the New York Stock Exchange.

“It means a lot,” said Lion Electric CEO Marc Bédard. “It means having the capital to achieve what we want to do within the next few years.” Those plans include a new U.S. manufacturing plant in the next two years, a new battery factory, and $45 million worth of research and development to solidify the company’s battery-making plans, he added.

And so far, at least, the plan is to keep the battery manufacturing in Canada. “We are still working on the details right now, but I am very optimistic,” Bédard said.

Already, Electric Autonomy says, Lion is Canada’s leading homegrown original equipment manufacturer (OEM) for medium- and heavy-duty urban vehicles. Now, the deal with Northern Genesis brings the company into the world of U.S. special purpose acquisition companies (SPACs), described [3] by Investopedia as a business “with no commercial operations that is formed strictly to raise capital through an initial public offering (IPO) for the purpose of acquiring an existing company.”

The merger plan began when Northern Genesis “approached Lion Electric in mid-2020 with US$320 million investment capital,” Electric Autonomy writes. “In addition to those funds, the deal includes a US$200-million private placement in common shares. Lion Electric, which is now valued at US$1.9 billion, will keep its name under the terms of the deal.”

“In forming Northern Genesis, we were focused on engaging with a business whose value proposition is proven by current customers, whose tangible growth prospects will be energized by exposure to the public markets, and whose experienced management team fosters a winning culture,” co-founder Ian Robertson said in a release. “Lion surpasses our expectations on all these dimensions and we are confident that it has potential to be a great public company in the emerging decarbonized economy.”