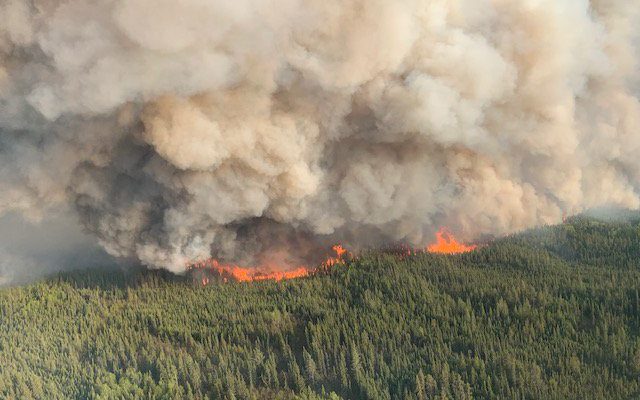 The billions of dollars Canadians are already paying out for weather-related climate disasters are just the tip of a much bigger iceberg that calls for proactive investment in climate adaptation and resilience, the Canadian Institute for Climate Choices (CICC) concludes in a report issued last week.

Coming on the heels of last week’s Fall Economic Statement [1], the institute warns [2] that insured catastrophic losses related to severe weather were twice as high from 2010 to 2019 as they were over the previous 18 years. The average cost per disaster has increased 1,250%, from about C$8 million in the early 1970s to more than $110 million today. Weather-related disasters and catastrophic losses over the last decade wiped out five to six percent of the country’s annual GDP growth, compared to 1% in decades past.

“If we think of the costs of climate change as an iceberg ahead, this introductory paper aims to zoom in on the tip of the iceberg—the known and measurable hazards—as well as the contours of what lies below the water,” the institute states [4] in the executive summary of a report based on data from the Canadian Disaster Database and the Insurance Bureau of Canada.

“As policy-makers, business leaders, communities, and individuals cope with the current impacts of climate change and prepare for a future defined by climate disruption, both parts of the iceberg should be top-of-mind in risk assessments, investment planning, and policy decisions.”

In a release accompanying the report, the CICC:

• Points to the wildfire known as The Beast [5], which consumed much of Fort McMurray, Alberta in 2016, as the single most costly weather event in Canadian history, with a price tag of $11 billion that included property and infrastructure damage as well as the cost of business disruptions;

• Places the cost of permafrost thaw in 33 Northwest Territories communities at $1.3 billion over the next 75 years, equivalent to 25% of the NWT’s current GDP.

“Reducing emissions is critical to contain future damages,” states the institute’s landing page for the report. “But past global emissions mean Canadians face looming costs on the horizon,” with 1.8 million homes already at very high risk of flooding, and roads and power lines vulnerable to climate impacts.

The CICC calls for Canadian governments to invest more in climate adaptation, coordinate their efforts more effectively, and “systematically enhance disclosure of physical risks to mobilize planning and investment decisions”.