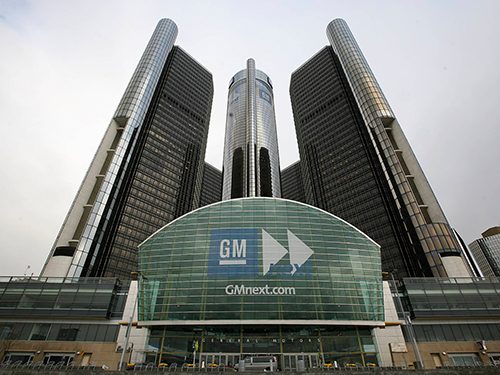 Giant automaker General Motors is stepping away from its support for Donald Trump’s efforts to strip California of its ability to set tougher fuel economy standards for vehicles, a move that some observers see as an early sign of U.S. industry embracing the Joe Biden-Kamala Harris administration when it takes office January 20.

“President-elect Biden recently said, ‘I believe that we can own the 21st century car market again by moving to electric vehicles’,” GM CEO Mary Barra wrote in a letter to major environmental groups. “We at General Motors couldn’t agree more.”

That announcement Monday was “a striking reversal,” and “a signal that corporate America is moving on” from four years of Trump, the New York Times writes [2]. “More specifically, it was a sign that Mr. Biden may find the auto industry amenable as he tries to reinstitute and rebuild Obama-era climate change regulations that Mr. Trump systematically dismantled, at times with the help of industry.”

By stating specifically that “we are immediately withdrawing from the pre-emption litigation and inviting other automakers to join us,” the Times says Barra was sending a message to competitors Toyota and Fiat-Chrysler, the two other big car companies that backed Trump’s position against California.

“GM’s maneuvering was a public humiliation to Mr. Trump as he pursued his democracy-defying effort to subvert the will of the American electorate and claim another term,” the Times adds. “Ms. Barra gave no warning to the administration, but she did speak by telephone on Monday with Mary Nichols, California’s top climate regulator and an architect of the Obama-era fuel economy rules. Ms. Nichols is also a leading candidate to run the Environmental Protection Agency under Mr. Biden.”

While two sources told the Times there was little doubt Barra’s decision was driven by the U.S. election result, it still took analysts aback.

“This is about as bold as it gets,” University of Michigan public policy professor Barry Rabe told the paper. “This huge pivot, so closely following an election result, particularly from a firm like General Motors, is a big, big deal,” and “the first big industrial step toward the next president. Are other industries going to have epiphanies and pivot?”

That kind of shift may make it easier to Biden to introduce the tougher climate policies he promised during the election campaign, with industrial giants largely supporting the effort rather than fighting it, the Times says.

“There were many things where the wind was in the face of the Obama administration on climate, specifically the automakers,” said John Morton, a former Obama climate policy advisor who has since been in touch with the Biden transition team. “Biden will not be pushing against the industry the way Obama had to.”

The Times has more [2] on the reaction to GM’s announcement.