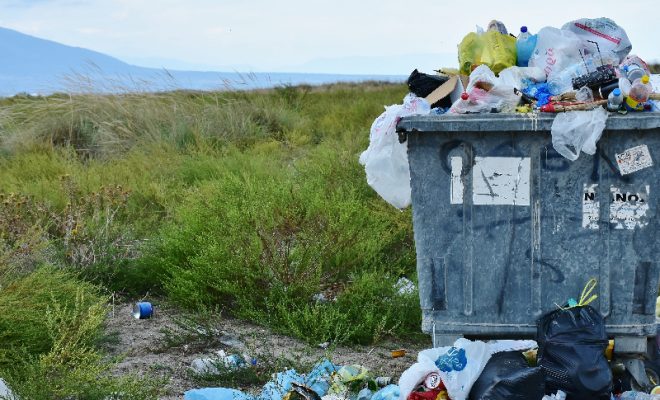 Expensive to make and less versatile than their fossil-based cousins, bioplastic products are not the solution to the world’s plastic woes—and are by no means as biodegradable as consumers are led to think, a new study concludes.

That means the real solution is to eliminate plastic packaging, make recycling a reality for the developing world, and enforce extended producer responsibility.

Despite the laudatory response to new products like Coca-Cola’s sugarcane-based PlantBottle, bioplastics can play only a minor role in this critically needed overhaul of the world’s recycling system, writes [2] Yale Environment 360. Digging into the reality of just what is meant by “compostable” bioplastics, the publication adds that while the products “can be broken down by microorganisms and become part of the natural world again in a short period of time,” this process will only happen “if the plastic is collected and composted in carefully controlled, high-temperature industrial composting facilities.”

The problem? “There aren’t many of those, especially in developing countries where the problem of plastic pollution is most severe.”

In the absence of such facilities, bioplastics either end up buried in landfills, where low oxygen levels leave them slowly leaching methane, or they end up alongside their fossil kin, littering coasts and killing marine life [3].

And the impacts don’t end there, E360 adds. Not only do the sugars used in the creation of bioplastics “often come from transgenic crops sprayed with herbicides and pesticides,” those crops take up land that would otherwise be used to grow food.

“Some 11 million tonnes of plastic now find their way into the oceans each year—three million more than previous estimates,” notes E360, citing a study recently published in the journal Science. That figure is set to triple by 2040.

There is a solution to this “burgeoning problem,” but it comes with a high price tag. According to a recent report by Pew Charitable Trusts and Systemiq, what’s needed is a US$600-billion overhaul of the global plastic system, one that “reuses and recycles plastic in a circular economy.” If adopted, such a revamped system could reduce plastic waste 80% by 2040, says E360.

Critical elements in the overhaul include eliminating any unnecessary plastic packaging, “scaling up collection and recycling efforts in moderate- and low-income countries, where the vast majority of ocean plastic originates”, and putting “an end to exports of waste plastic [4], which would force countries where the waste is generated to come up with solutions to the plastics problem.”

Also critical will be the related endeavour of forcing the companies that use plastic packaging step up and “play a lead role in its recycling and reuse.” Currently, it is governments that take the lion’s share of responsibility for recycling.

“It’s called extended producer responsibility—product take-back,” said Marian Chertow, an industrial ecologist at the Yale School of the Environment. Governments need to say, “We can’t recycle all of this stuff,” she told E360. “We can’t pay for all the costs of recycling. We have to work with you, the producer.’”

Inertia and investment in a status quo “still geared to use new plastic made from cheap oil, not recycled plastic, which is more expensive” will be big obstacles to overhauling how the world deals with its plastic waste. “As long as we continue to produce virgin resin, recycling will never happen,” said Ramani Narayan, professor at the School of Packaging at Michigan State University.

Another critical factor in the overhaul will be crystal-clear communication—or, at least, something better than the messaging on offer now. “The information on the label about plastics is vague and unintelligible,” said Simon Reddy, one of the authors of the Pew report and director of the charity’s ocean plastic program. “The recyclability should be first and foremost.”

The overhaul would also have to account for regional differences: Europe’s recycling rate in 2017 stood at 42%, compared to 8.4% in the United States, and largely due to a lack of recycling systems, “as much as 95% of the plastic that is transported by rivers into the world’s oceans comes from 10 rivers in Asia and Africa.”

Bioplastics, meanwhile, still seem to be having their moment in the limelight. “A leading Dutch sustainable chemistry company, Avantium, working with Coca-Cola, just announced the development of a 100% plant-based bottle made of PEF—polyethylene furanoate, which is produced from sugars,” writes E360. “Avantium says its bottle is better than PET as a container for soda and other products and breaks down completely in a year in a composting facility, and in a few years in the natural environment.”

Sceptics have met this announcement with requests for published specifics. “Even if this plastic technology proves to be as beneficial as the company claims, the company would need to scale up production to replace PET, which would take years,” writes E360.