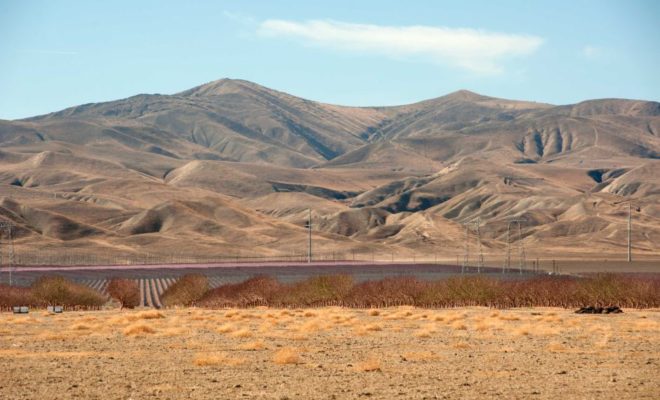 Navajo Nation ranchers in the southwestern United States are holding resolute in their work despite two decades of drought, centuries of abused or broken water rights, and, now, grief over loved ones lost to the coronavirus pandemic.

Forty years ago, grass “grew as high as the belly on a horse” throughout the vast Navajo Nation territory, but today there is only dusty barren earth, sagebrush, and expanding sand dunes, thanks to ever-rising temperatures and weak or absent summer monsoons, reports [1] Reuters.

“When we had that storm, there would be water,” said Navajo sheep and cattle farmer Maybelle Sloan. “And now, due to global warming, we don’t get no rain, just a little.”

That loss of reliable rainwater means ranchers must truck in water for their troughs. In Sloan’s case, that’s a trip every two days to the sole well that services her area, nearly 25 kilometres away. While the water itself is free, the fuel to transport it costs US$80 a week—if, that is, she can get the water herself. If her truck breaks down, having 1,200 gallons of water delivered sets her back as much as $300. And as her land can no longer grow enough grass to support her herds, she must also spend another $3,000 to $4,000 annually on hay.

With such unsustainable costs, Sloan has been reducing the size of her sheep herd. Her husband thinks she should get rid of the sheep altogether and focus solely on cattle, but she “bristles at the thought of giving up sheep herding learned from her mother, and her grandmother before her,” notes Reuters.

Both of Sloan’s parents, as well as her sister, died of COVID-19 last spring.

In the crosshairs of the pandemic, the Navajo Nation is also on the front lines of the climate crisis. “Drought conditions on the reservation have become largely relentless [3] since the mid-1990s,” Reuters writes. “Three of the five driest July-to-August rainy seasons in the area have occurred since the late 1990s.” The landscape of the reservation is undergoing desertification, too, with a third of its territory now covered in dunes.

While Sloan struggles to find the cash to keep trucking in water from the public well, her larger community is fighting its own battle to keep the wells flowing. The Nation is in competition with cities like Los Angeles and Phoenix for that very water supply [4].

“On paper, the Navajo Nation has extensive water rights based on the federal ‘reserved rights’ doctrine, which holds that Native American nations have rights to land and resources in treaties they signed with the United States,” reports Reuters.

But in practice, the doctrine has proven to have little force. The Navajo and other Indigenous nations have been excluded from “many 20th century negotiations divvying up the West’s water.”

But Sloan said she has no plans to give up. “We’re really determined people,” she told Reuters.