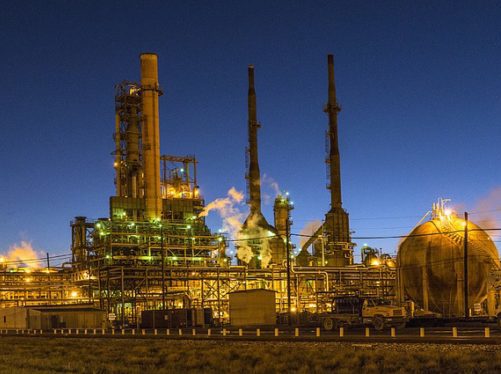 A top communications and government relations firm led by long-time Conservative Party strategist Jaime Watt developed a confidential plan to undercut support for the federal Clean Fuel Standard (CFS) by convincing Canadians that “fighting climate change is a losing battle,” according to leaked documents released this week by Greenpeace Canada.

The strategy proposal [1] for Canadians for Fairness in Clean Fuel Policy “was prepared in January 2018 by the public relations firm Navigator, which bills itself [2] as ‘Canada’s leading high-stakes strategic advisory and communications firm’ and has a registered trademark tagline of “when you can’t afford to lose’,” Greenpeace said [3] in a release Wednesday. “The document does not name Navigator’s client but proposes to build a ‘broader than Big Oil’ coalition to oppose the CFS by recruiting industry associations, companies, think tanks, labour groups, and the opposition Conservatives. It proposes a ‘secondary role for industrial players (not front and centre): Industry must be present, but efforts should appear organic and not stage managed’.”

Greenpeace says the Trudeau government delayed CFS regulations, which are now expected this fall, under lobbying pressure from the Canadian Association of Petroleum Producers (CAPP). But the Navigator plan lays the groundwork for a much broader attack on the standard, one of the main cornerstones of the government’s pan-Canadian climate plan.

“Every individual and organization involved in the campaign against the Clean Fuel Standard should take a long, hard look in the mirror,” said Greenpeace senior energy strategist Keith Stewart. “They should ask themselves if they really want to convince Canadians that ‘fighting climate change is a losing battle’, because that is the ultimate self-fulfilling prophecy.”

The Navigator plan leaked to Greenpeace lays out a three-part strategy: launching a “counterpunch” after the draft CFS was released, building a “broader than Big Oil” coalition to carry the campaign’s messages, and fostering an “appreciation that fighting climate change is a losing battle” to convince the public that the costs of the standard aren’t justified. The plan doesn’t identify Navigator’s client, nor is there a clear indication of whether the plan was ever adopted.

But “there is strong evidence that the strategy has been deployed,” the Greenpeace release states. “In the document, Navigator says it has already ‘engaged key industry players’ and ‘found strong support for a nuanced anti-CFS effort, while maintaining fair and reasonable positioning and acceptance of climate change science’.” The pitch also refers to “qualitative research to better understand attitudes, opinions, and beliefs regarding environmental policy in Liberal-held swing ridings.”

The Greenpeace release identifies Canadian Manufacturers and Exporters, the Canadian Chamber of Commerce, the Canadian Fuels Association, the Chemistry Industry Association of Canada, and CAPP as associations that have taken positions consistent with the campaign, along with the C.D. Howe Institute, Imperial Oil, then-Conservative leader Andrew Scheer [5], and at least one faux citizens’ group, the CAPP-affiliated Energy Citizens.

“Looking at this strategy and how the anti-CFS strategy has played out over the last two years, it is clear that the opposition was never about a good-faith effort to amend the Clean Fuel Standard, but rather an underhanded attempt to kill it completely,” Stewart said. “While the rest of us do our part to reduce emissions, Big Oil and its behind-the-scenes partners are once again resisting doing the bare minimum.”

Pembina Institute senior analyst Bora Plumptre, who leads the organization’s Clean Fuel Standard advocacy, said the strategy “has probably been effective, though perhaps not entirely in the way they originally intended.” Its focus on delaying the CFS from its original release date in 2018 “reflects the commonly-held public belief that the government was going to act earlier to implement this regulation, and that official schedule was what these campaigners with Navigator were hoping to disrupt,” he told The Energy Mix in an interview Thursday.

One interpretation is that the campaign successfully derailed the government’s plans, Plumptre said. But “I’m more inclined to credit the government for a rational decision to extend the original timeline quite significantly, listen to industry, and try to find ways to improve the design and come up with a final CFS that achieved its goals while incorporating the concerns of industries that felt they would be affected.”

But that attempt at good faith didn’t slow down the industry associations that appear to have participated in the Navigator campaign, throwing up obstacles to a standard that is essential to Ottawa’s efforts to meet even its current emission reduction goal, much less the tougher one it’s now promising. Against that backdrop, the industry is “not being honest with Canadians if they’re saying this is merely a second carbon tax and that we can hit our targets in other ways,” Plumptre said. “Unless they’re bringing forward alternative proposals for how we can do that, they’re not advancing an agenda that is actually consistent with what they say they believe, which is that we should at least be hitting the targets we have.”