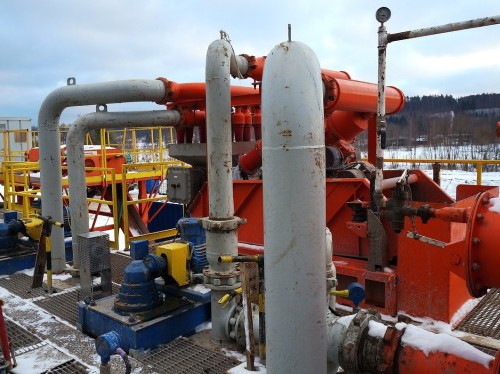 The Jason Kenney government in Alberta is pitching hydrogen, plastics recycling, and even geothermal energy as elements of an economic diversification strategy that leans heavily on natural gas to create tens of thousands of jobs and reboot the province’s sagging economy.

The 26-page plan [1] is long on aspiration, short on any assessment of the obstacles it could face, but just detailed enough to raise alarm bells about the shaky international markets its proponents hope to tap into, the unproven technologies it relies on, and the near-certainty that some of its main elements will be left behind by more affordable renewable energy options in as little as a decade. It also makes no use of the word “climate”, apart from one reference to Environment and Climate Change Canada.

“Canada is among the world’s top five producers of natural gas, with about two-thirds of this production coming from Alberta,” the province states [3] in its online summary of the report. “The industry employs tens of thousands of Albertans and has the potential to generate billions of dollars each year in revenue.”

Fair enough, as far as it goes. But given a choice between treating that concentration as an advantage or a looming vulnerability, the province’s United Conservative Party government is once again casting its lot with yesterday’s technologies, rather than tomorrow’s.

Which makes it more than likely that regular Albertans will continue to be hurt first and worst by a governing ideology that almost quaintly insists on treating a massive, accelerating energy transition as a fad, a mounting global climate crisis as an over-hyped myth, and a disappearing fossil fuel economy as a cornerstone.

Under the plan, the province “could have at least two large liquefied natural gas (LNG) projects exporting energy, be a continental leader for plastics recycling, and host large-scale hydrogen production facilities,” CBC reports [4]. The strategy aims to “take advantage of Canada’s shorter shipping times to Asia and Europe”, despite recent analysis [5] pointing toward a possible collapse of global LNG markets—a possibility that is not cast in stone, but appears not to have been considered in Alberta’s analysis.

It calls for Alberta to lead in the production of “blue” hydrogen using fossil gas as a feedstock, in the hope that the resulting carbon dioxide emissions can be effectively and affordably captured and buried underground—a technique that is still not proven at large scale, or affordable at any scale.

“Hydrogen by 2050 is going to be a $3.5-trillion industry, and we want as big of a piece of that for Alberta as we possibly can,” Dale Nally, Alberta’s associate minister of natural gas, told [6] The Globe and Mail. “It’s not only jobs for Albertans—they’re clean energy jobs for Albertans, and it supports our goal of diversifying the economy.”

But Alberta’s hydrogen roadmap won’t even be published until 2023—with the province already hinting that it would appreciate some federal dollars to get it in place—and the narrative this week was still all about how to spin new uses for oil and gas, rather than identifying the best pathway to a hydrogen economy. “Oil and gas is going to continue to drive us into the future, but—big picture—hydrogen is going to be an important part of a diversified portfolio of energy,” Nally told the Globe.

That assumption alone may well be enough to make Alberta hydrogen more expensive [7] than the truly renewable “green” variety within a decade. You can almost hear the echo of the cost competitiveness problems facing a substandard [8] tar sands/oil sands bitumen product in an increasingly fragile [9] global oil market—because that’s been working out so well lately for Alberta oilfield services workers, hasn’t it?

And meanwhile, “the technology’s lower environmental footprint depends on the successes of carbon capture and storage to prevent the release of greenhouse gases,” CBC notes. ATCO Chair and CEO Nancy Southern admitted that cracking the “carbon capture nut on a commercial level” is the major obstacle to Alberta scaling up its production of hydrogen that can be considered a clean energy source.

But elsewhere, with more reasoned analysis, that kind of “silver bullet [10]” is seen as a longer-term, more tenuous decarbonization option than renewable energy and energy efficiency technologies that are already practical, affordable, and ready to scale up. It doesn’t give carbon capture or hydrogen the look or feel of a “shovel-ready” solution for a province that is already bleeding jobs and tax revenues, and has been for years.

Greenpeace Canada Senior Energy Strategist Keith Stewart came up with another one of his snappy metaphors for Alberta’s determination to double down on oil and gas, rather than looking for a real economic diversification plan. “Jason Kenney is basically saying, we’re going to provide public subsidies to build new Blockbuster outfits and we’re going to have shiny DVDs alongside the videocassettes,” he told CBC. “The reality is, Netflix is on the way. You don’t want to be buying new Blockbuster outlets at the time Netflix is moving in.”

The Globe [6] and CBC [4] both have detail on Alberta’s petrochemicals and plastics plan. The initial word from Ottawa is that the federal government’s newly-reannounced ban [11] on single-use plastics won’t damage the province’s drive for dominance in plastics recycling. But it isn’t clear whether the elements of the plan are interdependent—whether Alberta will still be as interested in a circular plastics economy if natural gas and “blue” hydrogen are crashing, or safe, affordable underground carbon capture stays in the realm of science fiction.

From the limited detail in the published roadmap, there’s no way to really tell whether those details have been thought through, the hard numbers underlying them crunched. The plan does refer to an industry estimate of 30 million jobs from global hydrogen production by 2050, compared to 4,500 direct and 3,000 induced jobs from the proposed regional “centre of excellence” in plastics diversion and recycling.

There was a bit less hype when Alberta announced its shift to geothermal on Wednesday. Faced with the prospect of reassigning laid-off oilfield service workers and repurposing idled oil drilling rigs to a substantially similar but less carbon-intensive purpose, Energy Minister and former pipeline executive Sonya Savage seemed to make a point of dampening down expectations.

Savage acknowledged [12] that “the potential of the geothermal industry is here and now, and it’s crucial that the Alberta government keeps pace,” adding that developing the province’s promising geothermal potential “feeds into the narrative that Alberta is taking emissions reduction seriously.” But right on cue, she “stressed that the move by the United Conservative Party government to develop geothermal policy doesn’t mean oil and gas is going anywhere,” the Globe says. After nearly 18 months in office, more than enough time to launch a hapless [13] fossil energy “war room” and a failing inquiry [14] into discredited notions [15] of foreign-funded opposition to fossil fuel development, the geothermal announcement was still about a regulatory framework yet to be developed, and industry consultations yet to be conducted.

The Globe has provincial NDP energy critic Irfan Sabir agreeing that geothermal is a necessary part of Alberta’s energy future, but writing off the announcement as “all hat, no cattle,” with little potential to create the jobs the province needs now.

In its analysis of the natural gas plan, the Calgary-based Pembina Institute said the province needs to put first things first. “As the source of a third of Canada’s emissions, Alberta must acknowledge the need to decarbonize in alignment with the country’s net-zero emissions commitment by 2050,” Alberta Regional Director Chris Severson-Baker said [16] in a release. “Ignoring the climate imperative works against Alberta’s ambition to be an energy supplier of choice in a world committed to a safe climate.”

Severson-Baker supported the idea of developing a hydrogen roadmap, noting that low- and zero-carbon hydrogen “can play an important role in decarbonizing Canada’s energy systems, and Alberta has many of the necessary building blocks for a robust hydrogen market.”

But “missing from the announced strategy is recognition for the need to increase the proportion of zero-carbon hydrogen over time,” he said. “To achieve its vision of becoming the ‘preferred source of clean, secure, and responsibly-sourced natural gas,’ Alberta needs a plan to decarbonize the production of natural gas in line with Canada’s commitment to be carbon neutral by 2050, starting with deeper methane emissions reductions in the natural gas sector.”