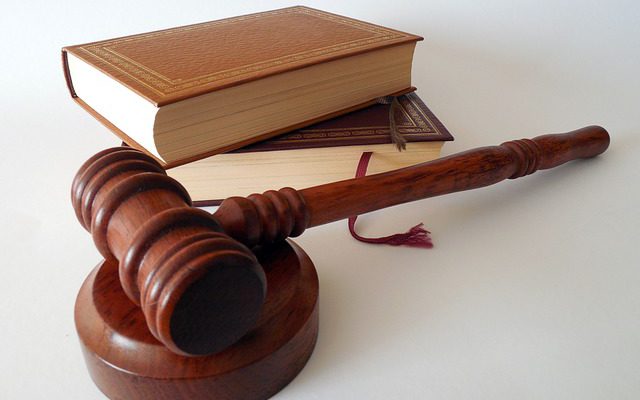 The Supreme Court of Canada is in the midst of a high-stakes, two-day hearing on whether the federal government’s floor price on carbon is constitutional.

“The Supreme Court case could be a make-or-break decision for one of the central pillars of the Liberal climate agenda,” The Canadian Press reports [1]. “It accounts for as much as 40% of the cuts to greenhouse gas emissions needed to meet Canada’s obligations under the Paris climate change agreement.”

The hearing centres on the 2018 Greenhouse Gas Pollution Pricing Act and combines three different cases, after appeals courts in Saskatchewan [3] and Ontario [4] upheld the federal law, while the Alberta Court of Appeal ruled [5] it unconstitutional. The court will hear submissions from Ottawa, seven provinces, the Assembly of First Nations, and a list of nearly two dozen interveners that includes utilities, environmental groups, and unions, CP says.

“The basic issue is who has the constitutional power to price carbon,” not whether carbon pricing is good policy, said Stewart Elgie, director of the University of Ottawa Environment Institute. CP has a chronology of the federal pricing plan and the court battles that followed its adoption more than two years ago.

In its Supreme Court brief, Saskatchewan says a federal carbon price “would profoundly upset the division of powers” in the Canadian constitution and violate fundamental principles about the division of taxation authority. But “Elgie said the whole reason the case is at the Supreme Court is because when the Constitution was written in 1867, nobody had ever heard of greenhouse gas pollution or climate change,” CP writes.

“Our government will look to the Supreme Court of Canada’s decision, and we are confident that the price on pollution is within federal jurisdiction,” federal Environment and Climate Minister Jonathan Wilkinson said, after the Alberta court struck down the law in February.

While both the Saskatchewan and Ontario governments both decided to pursue the case to the Supreme Court after their own highest judicial authorities had ruled against them, “the lower court decisions point to an emerging legal consensus that the climate emergency requires a collective approach,” Ecojustice Alan Andrews wrote [6] in a review of the case earlier this month. “Given that one or more provinces can too easily undermine national efforts to tackle climate change, the federal government must be permitted to enforce minimum national standards to reduce GHG emissions.”

While “the stakes are always high on cases that go to the Supreme Court,” Andrews said, “the science is unequivocal in asserting that climate threats will accelerate in the decades to come. This means young people and future generations are especially at risk and will bear the costs of the climate emergency, including widespread illness and death, more than previous generations.”

If the Supremes rule in Ottawa’s favour, he added, “it will clear the way for the federal government to introduce stronger, more effective climate legislation that supports a green recovery and gets on track for cutting Canada’s greenhouse gas emissions in half by 2030 and to net-zero by 2050. These targets align with what the science demands we must do in order to avoid the worst impacts of the climate crisis.”

Just hours before the Supreme Court hearing opened yesterday, the federal government announced it would accept the lax carbon pricing regimes for heavy industry introduced by the provincial governments in Ontario and New Brunswick. “A federal source told The Globe and Mail the timing was no coincidence, and the deal was expected to show the justices the spirit of cooperation that Ottawa can extend,” the Globe writes [7].

In a letter to his two provincial counterparts over the weekend, Wilkinson acknowledged the provincial plans met federal target in theory, but he wasn’t pleased with their approach, The Canadian Press says [8].

“Today we have recognized that technically Ontario’s and New Brunswick’s systems have met the benchmark, but they produce significantly less in the way of emissions reductions than the federal backstop that is currently in place,” Wilkinson told CP. “That’s an issue.”

Ontario Environment Minister Jeff Yurek issued a statement saying the provincial plan would curb emissions without (he said) hurting the economy. “Ontario’s regulation covers the very same polluters as the federal system—there are no free passes, and no one is off the hook,” he said.

But “off the hook” was precisely the term Toronto-based Environmental Defence used Monday in its critique of Ontario’s approach.

“By pricing a smaller share of industrial carbon emissions, Ontario’s proposed system is clearly weaker than the federal system currently in place, and should not have been accepted,” said [9] Clean Economy Program Manager Sarah Buchanan. “Ontario’s system lets industrial polluters off the hook for more of their greenhouse gas (GHG) emissions than the federal government’s system and should never have been granted equivalency.”