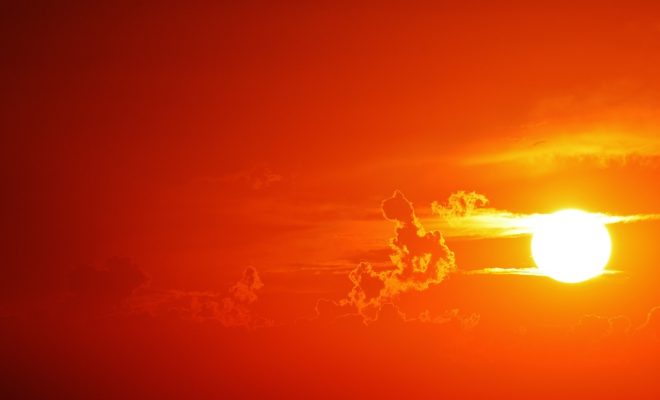 As triple-digit heat becomes commonplace around the world, public health experts and climate scientists are asking policy-makers to take a page from the handbook of hurricane preparedness—and give names to extreme heat waves. They hope the personification will drive home the fact that high temperatures kill.

The heat wave that scorched the southern United States last summer proved as lethal as many of the named hurricanes that thunder ashore every year, yet it was allowed to wreak its havoc anonymously. This, reports [1] Grist, is a public messaging problem.

Correcting the mistake is on the agenda for the Extreme Heat Resilience Alliance (EHRA), a new effort by municipal leaders, NGOs, and climate scientists. “By naming and providing severity rankings for predicted heat waves before they strike, the alliance hopes to spark public awareness and encourage local cities and states to take preventive measures—setting up air conditioned cooling centres, for example, and sending search and rescue teams to check on elderly and vulnerable populations,” Grist writes.

Part of the problem, said alliance member Bob Ward, policy director of the Grantham Research Institute on Climate Change and the Environment at the London School of Economics, is that too many people assume “that hot weather is somehow lovely for everyone,” when the reality is very different [3].

“In the U.S. alone, more than 600 people succumb to extreme heat every year, outstripping the deaths from hurricanes, floods, or tornadoes in most years,” notes Grist. And things are getting far worse, quickly.

“We call it the ‘silent killer’,” said EHRA leader Kathy Baughman-McLeod, director of the Adrienne Arsht-Rockefeller Foundation Resilience Center at the Atlantic Council. “It’s this pervasive, pernicious, climate-induced threat that is little known.” Particularly vulnerable to heat stress are outdoor workers and the elderly, especially those with underlying health conditions.

As for the public messaging value of naming such weather events, Grist notes that, in the opinion of the World Meteorological Organization, “appending names to storms makes it easier for the media to report on tropical cyclones, heightens interest in warnings, and increases community preparedness.”

Some experts, though, are cautious about whether naming heat waves would have the same effect.

“While hurricanes can be easily categorized according to their wind speeds, extreme heat is more complicated,” said Simon Mason, chief climate scientist at the International Research Institute for Climate and Society at Columbia University. Humidity—which can make acclimatization more difficult—must be factored in, along with the exacerbating pressures of the “heat island” effect often experienced in urban areas.

The main thing, Mason stressed, is that actual policy must be designed around the names and rankings of heat waves. There is little point in broadcasting news of a “Category 2” heat wave, for example, if the people on the receiving end have no idea how to respond.

In a related report, Grist traces [4] a recent effort by the U.S. National Oceanic and Atmospheric Association (NOAA) to crowdsource a national urban heat map, to help policy- to understand and mitigate the heat island effect—especially in places like Houston, which is already suffering from rising temperatures as the climate crisis accelerates.