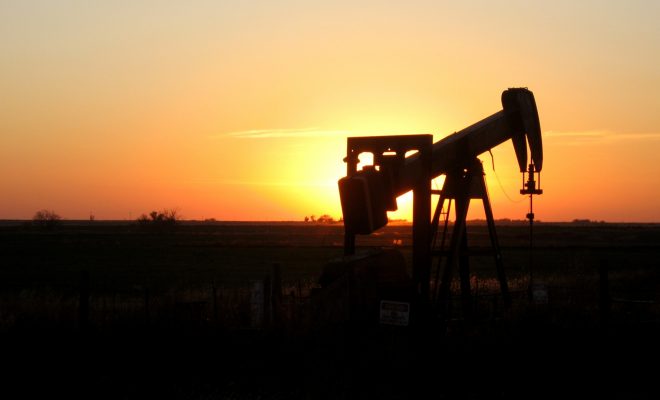 The International Energy Agency is giving political cover to new fossil megaprojects, and risks undermining its own influence over the next few years, by failing to put a 1.5°C limit on average global warming at the centre of its modelling and analysis, according to several analysts and campaigners cited in a review this week by Climate Home News.

“Under the direction of Turkish economist Fatih Birol, the agency has become increasingly supportive of clean energy,” Climate Home News reports [1]. “Yet it continues to appeal to its oil-producing funders, ducking hard questions about the endgame for dirty energy.”

In particular, the model the IEA calls its “sustainable development scenario” sees demand for natural gas—what Climate Home more precisely styles as methane gas consumption—“soaring between now and 2040 to meet a quarter of global energy demand.”

That kind of projection makes it a lot easier for a colossal fossil like France’s Total to raise US$20 billion for a liquefied natural gas megaproject [3] in Mozambique, a project that stands out [4] as Africa’s biggest single investment: After all, the agency considered the world’s foremost source of energy futures analysis said the demand would be there.

“The IEA is an organization that was set up and designed for a different era, and it needs a radical transformation if they are still to have relevance in the modern era,” Carbon Tracker energy strategist Kingsmill Bond told Climate Home. Repurposing the agency’s analysis to show the full cost of fossil fuels and drive the transition off carbon would be a “game-changer”, he added, pointing to what Climate Home describes as the IEA’s “excellent analytical skills and deep understanding of the energy system”.

In the wake of the coronavirus pandemic, Birol spoke to Climate Home and many others about the “historic opportunity” to speed up the clean energy transition, using short-term stimulus to reboot economies, create jobs, and cut carbon. It set out its own vision [5] for a sustainable economy last month.

“It’s a message many leaders have yet to heed,” Climate Home notes, citing the recent release of the international Energy Policy Tracker, which currently documents [6] G20+ countries pledging $165 billion in economic recovery funds to fossil fuels. [The Tracker is updated weekly—Ed.]

Birol told CHN he expects the next round of government investments to focus more on energy efficiency, renewable energy, and grid modernization. “Even countries that do not put climate change as a key priority in their political agenda need to focus on these energy policies because they will boost economic growth and create jobs,” he said. “Energy efficiency is a job machine—it is very labour-intensive and it will reduce emissions.”

But analysts and campaigners have long warned that Birol’s own agency’s modelling undermines his arguments for a green recovery.

“Notably absent from the IEA’s ‘sustainable recovery’ report is any reference to the temperature goals of the Paris Agreement,” Climate Home notes. “Oil Change International said this reflected a chronic failure of climate ambition at the agency.”

Birol and the IEA have also been heard touting continued oil and gas investment, ducking questions about subsidies for fossil fuel ventures like the Mozambique megaproject, refusing to say whether international climate goals depend on a managed decline [7] in fossil production, and hinging an extension of the agency’s sustainable development scenario on unproven carbon capture and storage technology.

“There is a strong rhetoric and desire by the IEA to lead” on the transition off carbon, “but the agency hasn’t always provided all the tools and clear signalling of the way forward,” said Peter Wooders, senior energy director at the International Institute for Sustainable Development (IISD). “By sitting on the fence and backing all forms of energy, there is a danger that they will perpetuate the unsustainable pathway we are on rather than showing what could be achieved in the future.”

The biggest concern that raises is that the IEA’s projections will continue driving fossil fuel investments that put a climate-safe future farther out of reach. But one of the analysts cited by Climate Home says the IEA’s failure to adapt could also undercut its own credibility.

“The more time elapses with the IEA not developing a 1.5°C scenario, the more time it gives for other models to emerge that could supersede the IEA’s tools,” said Sue Reid, principal advisor on finance at Mission 2020, a climate coalition led by ex-UN climate secretary and Paris Agreement architect Christiana Figueres. “It risks losing its influence if it doesn’t catch up with the world’s direction of travel towards 1.5°C.”

Click here [1] for the rest of Climate Home’s report on the IEA.