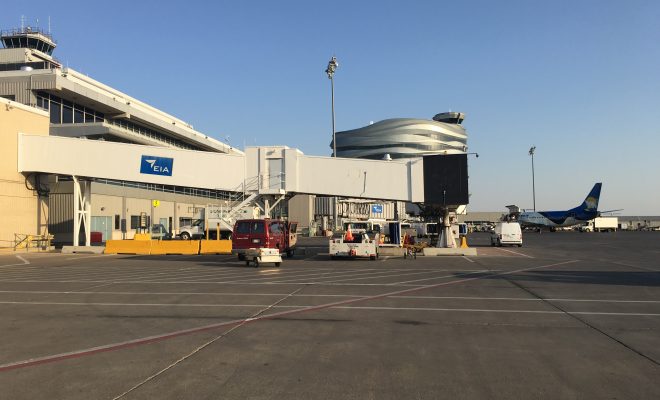 The Edmonton International Airport is close to signing a deal with Germany-based Alpin Sun to create a showcase renewable energy project that will see a canola field west of its runways transformed into the world’s biggest airport-based solar farm.

At 120 megawatts, Airport City Solar—which would cover 250 hectares, an area equivalent to 313 football fields—will produce enough electricity to power between 27,000 and 28,000 homes. According to Alpin Sun, the project will offset about 106,000 tonnes of CO2 annually.

Building the solar farm will also be good for Edmonton’s economy, CBC reports [2], employing “120 workers for a year, with up 250 workers” at peak construction, and pump C$169 million into the city’s metro region.

Tom Ruth, president and CEO of Edmonton International Airport, said the project will “create jobs, provide sustainable solar power for our region, and show our dedication to sustainability.” CBC adds that shovels should be digging in by early 2022, with the solar farm operational by the end of that year.