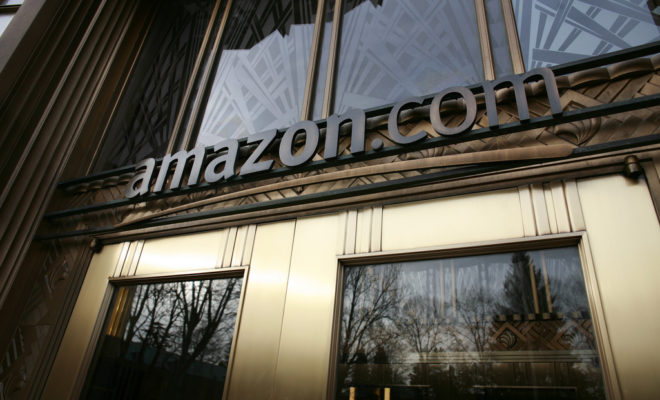 Amazon.com is getting a decidedly mixed reaction for its plan to set up a US$2-billion climate investment fund, after the e-commerce giant’s latest sustainability report showed its greenhouse gas emissions continuing to rise.

“The fund, which will be run by the company’s corporate development group, aided by Amazon’s internal sustainability team, will have a mandate to back technologies being developed to reduce the greenhouse gas emissions blamed for a warming planet,” reports [1] Bloomberg Green. “The Climate Pledge Fund plans to make bets in a broad range of industries, from transportation and manufacturing to energy generation and agriculture.”

“The new venture investment program, welcomed by clean energy developers, is intended to support the company’s transition to net zero carbon emissions by 2040,” and will “consider companies from around the world at various stages of maturity across multiple industries,” Utility Dive adds [3]. But “the announcement lacked details regarding the focus of the investment, which made environmental non-profit Green America skeptical regarding the company’s climate goals.”

Particularly because “Amazon’s total carbon footprint increased 15% in 2019 compared to 2018, according to the company’s latest sustainability report released Tuesday.”

Namaste Solar co-founder Blake Jones said the injection of green venture capital “brings down the cost of capital for companies that are raising money.” That will happen at a moment when ” it makes more sense for capital to flow into this space than it does into oil and gas and coal,” with solar and wind delivering record low prices and poised to take over [4] much of the U.S. power generation system.

But Green America Executive Co-Director Todd Larsen said Amazon had introduced some unknowns into the program by failing to specify that the entire $2 billion will go to clean energy. “It’s very hard to trust Amazon because they’re not a transparent corporation and it’s unclear what, who is going to benefit from this, and whether it would actually be truly an environmentally sound approach,” he told Utility Dive.

Utility Dive says the company’s operations in 2019 produced emissions equivalent to 13 coal plants. Its sustainability report, released last Tuesday, referred to its carbon intensity—its emissions per unit of economic activity—at a time when demand for Amazon’s services has been skyrocketing.

“Like many companies in high-growth mode, we look at the absolute tons of carbon in our footprint, but also at how we are improving our carbon intensity,” it stated. “Our first year-over-year comparison shows progress as we continue to make investments,” with the cost of those investment per gram of carbon dioxide falling 5%.

CEO Magazine notes [5] that Amazon’s emissions grew 15% last year, from 44 to 51 million tons, notwithstanding its promise last year [6] to set a 2040 carbon neutral target. The company is also taking heat for making its cloud computing services available as an efficiency booster for fossils and pipeliners, including TC Energy [7], the company behind the climate-busting Keystone XL pipeline.