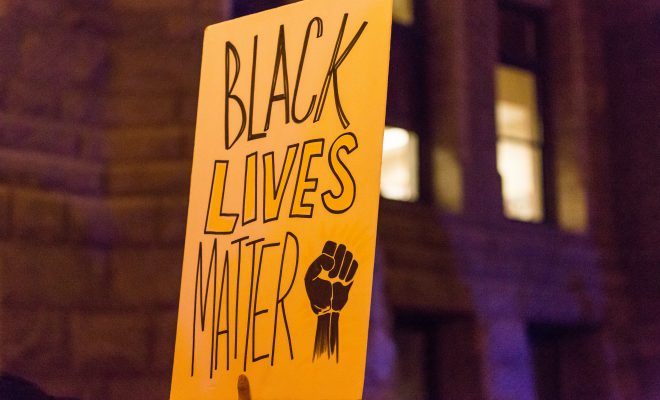 The exploitative calculus that drives climate change is a mirror to the rapaciousness of slavery—and climate activists who still can’t see the connection between climate justice and racial justice need to wake up, says long-time climate justice activist Elizabeth Yeampierre.

Yeampierre is co-chair of the U.S. Climate Justice Alliance, which represents more than 70 organizations focused on racial, environmental, and economic issues. In an interview [1] with Yale Environment 360, she notes that “climate change is the result of a legacy of extraction, of colonialism, of slavery”, and the fight against it is “deeply intertwined” with the fight against racial injustice.

“With the arrival of slavery comes a repurposing of the land, chopping down of trees, disrupting water systems and other ecological systems”—all meant to support the creation of a capitalist society and “to provide resources for the privileged, using the bodies of black people to facilitate that.”

What it comes down to, she says, is understanding the economics. “If you understand that, then you know that climate change is the child of all of that destruction, of all of that extraction, of all of those decisions that were made and how those ended up, not just in terms of our freedom and taking away freedom from Black people, but hurting us along the way.”

Citing Hurricanes María in Puerto Rico and Katrina in New Orleans, Yeampierre notes that extreme weather is only the proximate cause of lives lost in those disasters. “It’s all related,” she says. “The loss of life comes out of a legacy of neglect and racism.”

That connection becomes even clearer once rebuilding begins: “It’s really interesting to see what happens to the land after people have been displaced, how land speculation and land grabs and investments are made in communities that, when there were Black people living there, had endured not having the things people need to have livable, good lives,” Yeampierre says.

Asked by e360 to describe what policies that pair climate action with a recognition of racial justice might look like, Yeampierre calls for “aggressive legislation that looks at how you move resources to front-line communities and how you invest in those communities.”

Also imperative is community involvement. “This is not the ’60s or the ’70s or the ’80s, where we follow one iconic leader,” she says. Instead, the solution calls for “numerous people really taking on the charge of directing something that’s big and complex.”

To create a just transition to a low-carbon future that’s worthy of the name means incorporating the “process of how we get there, and…not just the outcomes,” she adds. That includes “workers’ rights, land use, how people are treated, whether the process of creating materials that take us to a carbon-neutral environment is toxic, and whether it affects the host community where it’s being built.”

To illustrate her point, Yeampierre points to the Climate Justice Alliance’s work to ensure that an offshore wind project planned for New York City does not create an environmental justice problem as it aims to deliver a climate solution. Originally, the parts for the project were going to be assembled on the city’s waterfront, in diesel ships. “The climate solution is we reduce carbon, but the environmental justice problem is we dump tons of nitrogen oxides and sulphur oxides and PM2.5 [particles] into the lungs of the host community,” she explains.

Instead, the Climate Justice Alliance is now working on plans that consider how to “electrify the industrial waterfront and how these ships can plug in so they’re not burning diesel.” Another pivot is to “create the market instead of following the market” by sourcing wind turbines that are manufactured in the U.S., rather than overseas.

“Climate activists talk about moving at a big, grand scale, and we talk about moving at a local scale, and then replicating those efforts,” says Yeampierre. And racial justice must be at the heart of each step. The launch of the first community-owned solar cooperative in a Latino neighbourhood in Brooklyn stands as a recent example of a happy outcome that ultimately served everyone: “Okay, we want renewable energy. We need to be able to prioritize the people that are going to be most impacted. Low-income communities. People of colour,” she says.

“It has to matter to white folks, because when our communities succeed and get what they need, everyone benefits from that.”