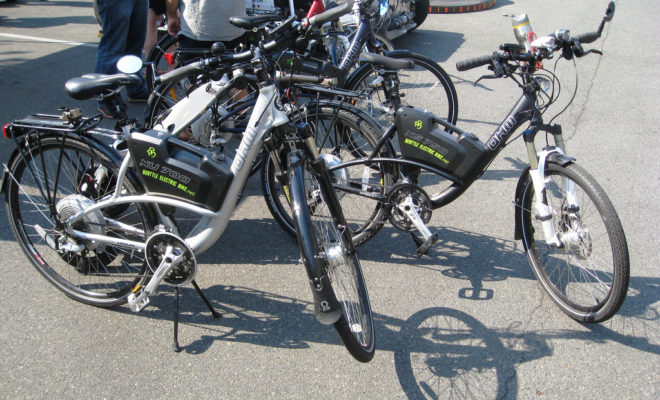 Cycling advocates are confused and outraged following Uber’s recent decision—in the middle of a transportation-choking pandemic—to send massive numbers of e-bikes and scooters to the scrap heap.

The bikes were originally owned by dockless micromobility company Jump, until Uber bought the business in 2018 when the tech giant “was looking to diversify its transportation offerings,” writes [1] Grist.

But recently, Uber made a deal to “re-home” the operation with Lime, a San Francisco–based scooter-share company. Collateral damage in the corporate wheeling and dealing were the “tens of thousands of fully functional e-bikes that neither Uber nor Lime wanted to keep.” Uber disassembled and recycled the inventory instead, citing liability, safety, and “a lack of consumer-grade charging equipment” as its rationale.

The decision to scrap the bikes rather than sell or donate them “elicited bafflement, anger, and disappointment from cycling advocates,” writes Grist. Bike advocacy groups like Bike New York have expressed disgust with the waste and short-sightedness, especially given the timing.

“Heavy as they are, these could be transportation for the many who have been brought to financial ruin during COVID-19,” said bike-share enthusiast Kurt Kaminer. In times of economic hardship, he added, a bike is an “object of survival.”

The loss is particularly biting given the role [3] e-bikes can play in advancing energy efficiency and averting climate ruin. “They hold special appeal for people who might not otherwise ride bikes, since their electricity-powered motors make it possible to bike long distances, and up hills, without breaking a sweat,” writes Grist.