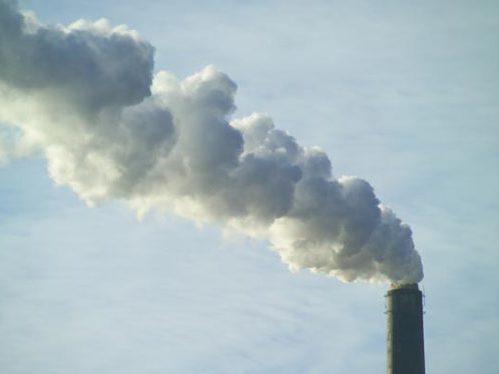 The “environmental bias” in tariffs and other trade barriers adds up to a US$550 to $800 billion annual “stealth subsidy” to fossil fuels, according to a study of 163 industries in 48 countries just released by a professor at the University of California, Berkeley.

“This research is pointing out that different sets of policies that seem completely separate—trade policy and climate change—are connected quite closely in ways people might not have noticed,” economist Joseph Shapiro told [1] Bloomberg. The study results show that “while nations have been haggling over climate goals and companies committing to carbon-dioxide cuts, the global trade system has been pushing in the opposite direction,” the news agency writes.

Shapiro based his findings on two separate, parallel phenomena: the reality that processing raw materials into steel, plastic, aluminum, or other commodities is more carbon-intensive than “downstream” manufacturing, and countries’ tendency to apply tariffs and other trade barriers to finished goods. “Companies want no or low trade barriers on the raw materials they need because it helps keep their costs down,” Bloomberg explains. “Later, when they’ve made their products, they then advocate for trade protection, because it keeps their prices relatively attractive to their customers.”

Economists also believe tariffs applied later in the supply chain are more “efficient”, since they result in smaller price distortions for final customers. But the problem is that “‘upstream’ industries tend to be heavy energy users facing low trade barriers,” while “‘downstream’ industries, closer to consumers, have lighter CO2 footprints and, perversely given climate change, higher tariffs,” the news agency adds. It adds up to an indirect subsidy that Shapiro calculated at $220 per tonne of carbon dioxide in the UK, $194 in Germany, $159 in Australia, $156 in Russia, $133 in India, $112 in the United States, and $103 in Canada.

“One fix to the problem, Shapiro says, would ensure that trade agreements treat dirtier upstream and cleaner downstream industries the same way, either by increasing tariffs on the former or decreasing them on the latter,” Bloomberg writes. “Doing so might make strange bedfellows of heavy industry and environmentalists. Now, climate activists pressing for CO2 reductions in trade would basically be asking governments for the same thing as businesses lobbying for a tariff system that didn’t treat high- and low-polluting industries differently.”

Earlier this week, FR24 News reported [3] that France and The Netherlands are calling for tougher environmental and labour standards in European Union trade agreements, including a “carbon border adjustment mechanism” on imports based on third countries’ carbon footprints.

“The EU should strive for more ambitious goals [Trade and Sustainable Development] and ensure effective implementation,” the two countries’ trade ministries said in a joint document. “Trade policy instruments can provide additional leverage for the implementation of international environment and labour standards.”