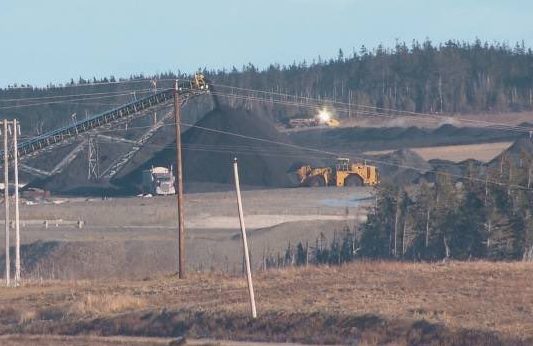 The Donkin coal mine in Cape Breton is reporting its eleventh rockfall since it opened in February 2017, about 20 metres away from where miners were last working.

“The rectangular-shape rock measured six metres by six metres and was four-metres thick,” CBC reports [1]. “It fell at an intersection of two underground tunnels.”

“There was no production, no mining going on” at the time, said Scott Nauss, senior director of inspections and compliance with the provincial labour department. “The night shift came in over the weekend and noticed it.”

Mine operator Kameron Collieries cordoned off the area and reported the incident, and the department issued a stop-work order for that section of the mine, the Chronicle Herald reports [3], adding that the rockfall happened at an intersection where Donkin is required to institute more stringent controls. Over the short term, “they are actually going to put more measures in place than what they agreed to in their plan,” Nauss said.

Meanwhile, “the mine has been issued two follow-up orders: to clean up the rockfall and to do an assessment to determine what happened and implement some corrective measures to prevent a reoccurrence,” the Halifax daily says. “The inspection is not only in the area of the rockfall but also the other passageways.”

“While the roof fall was localized and affected only one intersection, we will work with Labour and Advanced Education officials to take remedial action and determine if additional steps are warranted,” Donkin Vice-President Shannon Campbell said in a release.

The Chronicle Herald says the mine employs 150 people.