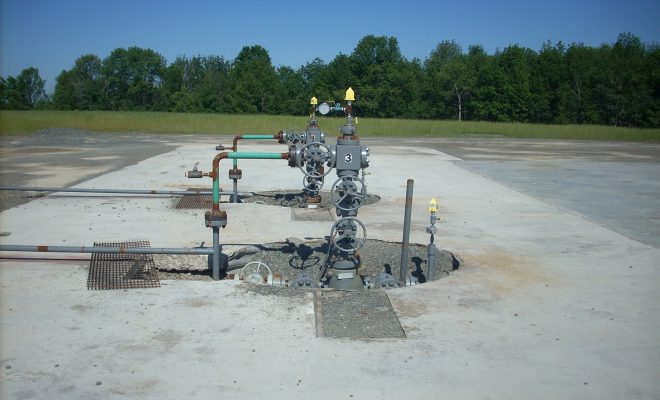 With months to go before a never-ending presidential primary season produces a candidate to defeat Donald Trump, Democrats in the United States are fretting about whether a strong policy commitment to ban oil and gas fracking will dash their chances of winning in Pennsylvania in the general election November 3.

Trump won Pennsylvania, population 12.8 million, by 44,000 votes in 2016, the New York Times reports [1], securing 20 electoral college votes in the process. While elected Democrats in the state are divided in their own approaches to fossil fuel development and the transition off carbon, they all agree that a fracking ban won’t fly with voters.

“In Pennsylvania, you’re talking hundreds of thousands of related jobs that would be—they would be unemployed overnight,” said Lieutenant Governor John Fetterman, who endorsed Bernie Sanders in the 2016 primary but sees natural gas extraction and the tax revenues it produces as essential to the state economy and the “union way of life”, the Times says.

“If a candidate comes into this state and tries to sell that policy, they’re going to have a hard time winning,” agreed Pittsburgh Mayor Bill Peduto, who famously declared [3] a 100% renewable energy target for his city after Trump withdrew the U.S. from the Paris Agreement, and lobbied unsuccessfully against a local petrochemical plant. A “Warren-Sanders, ban-all-fracking-right-now [4]” policy would “absolutely devastate communities throughout the Rust Belt,” Peduto added.

While “the specific politics of fracking have gotten little airing” in the campaign so far, the Times says, the issue “could become vital in the general election, according to union leaders, Democratic politicians, and Republican strategists. Potential battleground states where Democrats nurse dreams of winning, like Ohio and Texas, are hotbeds of natural gas—Texas has 137,000 natural gas wells—and Mr. Trump has signaled he hopes for a Republican comeback in New Mexico, another fracking state.”

The issue is somewhat “indicative of the entire political bet undergirding the candidacies of Mr. Sanders and Ms. Warren that the 2020 campaign will not be won by appeals to the narrow interests of traditional swing voters but through the mass mobilization of an energized electorate,” the paper adds. Trump “will demagogue on energy regardless of the Democrats’ positions, they argue; better to inspire young voters and others impassioned to tackle climate change, especially in cities like Pittsburgh and Philadelphia, than to worry about isolated voters in Western Pennsylvania’s fracking country.”

In November, a poll by the Kaiser Family Foundation and the Cook Political Report found that nearly seven in 10 Pennsylvania swing voters supported the Green New Deal, but only 39% backed a fracking ban.

“It goes to the heart of the debate that we’re seeing within the Democratic Party right now, which is the appetite among progressives and the left for an agenda that remains unpalatable to swing voters in the states that determine the Electoral College,” said Cook National Editor Amy Walter.

But Ashleigh Deemer, deputy director of PennEnvironment, said the numbers wouldn’t shake her support for a ban. “The model is changing,” she told the Times. “Everything we know about how to win a campaign is changing.”

The Times profiles the town of Monaca, in Pennsylvania’s Beaver County, where Royal Dutch Shell is building a new US$6-billion petrochemical plant—and Democratic support appears to be coalescing around former vice president Joe Biden, who is reportedly telling primary voters to support another candidate if they’re looking for a fracking ban. “He’s quite frankly probably the only guy you could stand onstage with in Beaver County,” said State Rep. Robert Matzie.

In nearby Washington County, with the largest number of fracking wells in Pennsylvania and a Republican-controlled county commission, the remaining Democratic commissioner said he couldn’t back a candidate who agreed with a fracking ban.

The problem, the Times points out, is that natural gas is no longer seen as a bridge to a renewable energy future, and is becoming a “new front” in the fight to get greenhouse gas emissions under control. But while that reality motivated Peduto’s opposition to a new petrochemical plant, he still won’t back a fracking ban.

With the petrochemical boom [5], “the people in the Rust Belt are being sold false hope of, ‘Just sacrifice your land and your air and your water one more time and we will provide you with all of these jobs,’” Peduto said. But when it comes to fracking, “this presidential race comes down to about 10 states,” he warned. “And if you are trying to pass universal bans, it will never happen.”