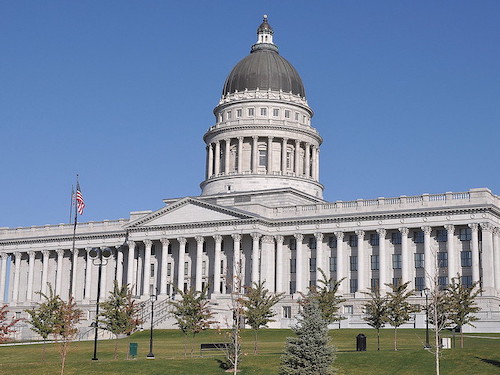 Across major swaths of the United States, legislators in some of the country’s most conservative enclaves are making tentative moves to take action on the climate crisis—though many of them are still unwilling to call that crisis by its proper name.

The latest news hit Tuesday in Florida, when legislators advanced a plan to form a state office of resiliency [1] and commission a task force to determine the best ways of protecting a 1,350-mile/2,173-kilometre coastline from sea level rise.

“It’s a marked change from just a few years ago, when the issue of climate change couldn’t get any traction in Florida’s Republican-run Capitol under then-governor Rick Scott, who is now a U.S. senator,” The Associated Press reports [3]. “But with Gov. Ron DeSantis exerting political muscle behind the effort, environmentalists see an opportunity to begin addressing the problem, even if they say the current legislative proposals fall short of a comprehensive response to climate change.”

“We’ve seen bills that will help communities plan for rising sea levels—all of which is very, very important, and we need to do that,” said Jonathan Scott Webber, deputy director of Florida Conservation Voters. “But without focusing on the cause of the problem, it just seems kind of lacklustre. It’s not addressing the full problem.”

The state is showing signs of movement, after an era in which Scott’s state administration famously banned [4] official references to climate change and global warming. AP says it was a “politically startling development” when DeSantis appointed a chief science officer last spring, though the latest, apparently bipartisan legislative initiative shows that “residual politics” remain. “Rep. Rick Roth, a Republican whose community of West Palm Beach in South Florida could become flooded by rising waters, called the proposal a ‘prudent first step’,” AP writes, but “took issue with Webber’s assertion that the proposal did not go far enough.”

“We don’t need to jump to hyperbole and emotional conclusions before we really have the data,” said Roth, who sits on a state agriculture and natural resources subcommittee. “We really need to get the data. We really need to be responsible on how we’re going to spend dollars.”

So far, the data from analytics firm Jupiter Intelligence shows the proportion of oceanfront properties in Miami-Dade County that will face extreme flooding increasing from 5% in 2019 to 98% by 2050, AP says.“ According to a legislative analysis, Florida “could lose more than US$300 billion in property value —nearly a third of the $1 trillion that could be lost nation-wide by the end of the century,” the news agency adds.

In deep-red conservative Utah, meanwhile, the state legislature is about to consider a roadmap “that could become one of the nation’s most aggressive climate action plans in a Republican-led state—and potentially a path forward for other conservative states looking to reduce greenhouse gas emissions,” InsideClimate News writes [5]. “That the proposal even exists signals a major shift in thinking in a state where legislators for years have publicly questioned—and sometimes ridiculed—climate science.”

The seven-point plan calls for Utah to reduce its greenhouse gas emissions 25% by 2025 and 80% by 2050 from 2005 levels. It also calls on legislators to take part in “national discussions about how to harness the power of market forces and new technologies to reduce carbon emissions in a way that protects health, sustains economic development, and offers other benefits to Utahns.”

Developed by an economics think tank at the University of Utah, the plan “managed to dodge political potholes by emphasizing widely supported goals like cleaning up air pollution and stressing economic benefits, an approach some policy experts say could provide a model for bipartisan action on climate change in other conservative states,” InsideClimate says.

“That’s the sort of framing that can help change the conversation in a way that does bridge partisan divides,” said environmental politics and policy researcher Jay Turner of Wellesley College. While conservative legislatures “haven’t abandoned fossil fuel,” ICN adds, and the state still relied on coal for two-thirds of its power last year, “widespread public concern about air pollution has also made them more receptive to emissions reductions.”

The shift began in 2018, when high school students persuaded lawmakers to adopt and Gov. Gary Herbert to sign a resolution acknowledging the risks of climate change. Then in 2019, the state voted to send $200,000 to the University of Utah business school for a report on the state’s climate and air pollution problems and solutions.

“I really think this is a great indicator of the progress we’ve made as a state,” said Piper Christian, a University of Utah sophomore majoring in politics and environmental studies who was one of the high school students behind the 2018 lobby effort. “I want to stress that this is one more step, definitely not the end of the road. Now we need to see these actions through.”

Meanwhile, the New York Times says [6] the climate-denying Trump administration is on the verge of distributing billions of dollars to coastal states, mostly in the south, to help them deal with natural disasters made worse by climate change. “But states that qualify must first explain why they need the money,” the Times states. “That has triggered linguistic acrobatics as some conservative states submit lengthy, detailed proposals on how they will use the money, while mostly not mentioning climate change.”

In their proposals to the Department of Housing and Urban Development, Texas talks about “changing coastal conditions”, while South Carolina refers to the “destabilizing effects and unpredictability” of being hit by three major storms in four years. Louisiana actually puts the words “climate” and “change” together in a single, two-word phrase—in an appendix on the very last page of its submission.

The stakes are high, both economically and politically: based on a formula that benefits states most affected by disasters from 2015 through 2017, “Texas is in line for more than $4 billion, the most of any state,” the Times says. “The next-largest sums go to Louisiana ($1.2 billion), Florida ($633 million), North Carolina ($168 million), and South Carolina ($158 million), all of which voted Republican in the 2016 presidential election.”

Not every state got out its thesaurus to complete its proposal, the Times says. Florida called climate change “a key overarching challenge”. North Carolina said it wanted to anticipate “how a changing climate, extreme events, ecological degradation, and their cascading effects” will affect state residents. And California, one of the top-qualifying states that is never bashful about calling the climate crisis by name, has yet to submit a funding proposal.

But HUD definitely came down on the cautious side, with program guidelines that refer only to “changing environmental conditions”.

Stan Gimont, a former deputy assistant HUD secretary who left the agency last summer, said the linguistic hoops everyone is jumping are “a case of picking your battles”.

“When you go out and talk to local officials, there are some who will very actively discuss climate change and sea level rise, and then there are those who will not,” he told the Times. “You’ve got to work with both ends of the spectrum. And I think in a lot of ways it’s best to draw a middle road on these things.”