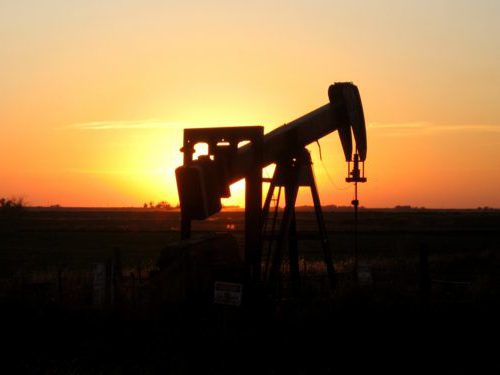 The fossil energy sector was the worst-performing segment of the Standard & Poor’s 500 stock index last year, despite a healthy increase in world oil prices, with the value of energy stocks increasing 7.9% compared to 29% for the index as a whole.

“How much of an outlier was energy?” asks [1] the Institute for Energy Economics and Financial Analysis. “The next-worst performing sector, health care, was up 19%. This is the third year straight that the energy sector has finished at or near the bottom of the S&P 500.”

The drop-off has been matched by a decline in fossils’ prominence in the US$25.6-trillion index, considered one of the best representations of the U.S. stock market.

“The energy sector now commands only 4.3% of the index, down from 25% in the 1980s, when oil and gas companies represented seven of the top 10 companies,” IEEFA writes. “Today, there are none, since ExxonMobil, the industry leader, dropped out of the S&P’s top ten last year for the first time in more than 100 years.”

IEEFA Director of Finance Tom Sanzillo lists three “lowlights” for the year: disarray at Exxon, General Electric’s loss of US$193 billion in share value over three years due to its gas and fossil fuel investments, and the overstated value [3] of the much-touted initial public offering [4] (IPO) for Saudi Aramco.

Sanzillo says it’s time for fossil energy investors to wake up and notice the trend.

“A week does not go by without a prominent story on the financial failures of fracking, the stumblings of oil majors, and other tales of woe,” he writes. “Yet almost all heavy institutional investors, led by BlackRock, State Street, Fidelity, and Vanguard, remain wedded to these companies, in spite of each quarter bringing new evidence of weak revenues, distressed transactions, and a negative outlook.”With only an “elusive” financial justification for the investments, “the BlackRocks [5], J.P. Morgans, and their peers cannot convincingly answer the question of why they continue to be so heavily invested in fossil fuels,” he adds. “But how long can financial leaders like BlackRock be rewarded with astronomical fees ($18 billion in revenues in 2018) for unproductive, hands-off stratagems that yield shaky results?

[…] free index had a +7.9% RoR that same year. The fossil energy sector was the worst performing segmentof the stock market in 2018-19. No longer can anyone credibly claim that […]