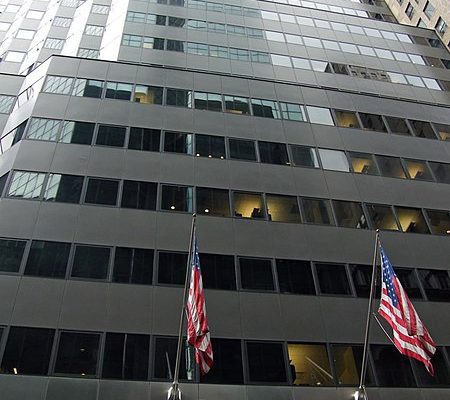 Bloomberg News says [1] the announcement brings the assets under management by the more than 370 global investors participating in the campaign to US$41 trillion.

“BlackRock’s decision to sign on to Climate Action 100+ reinforces that the world’s largest asset manager believes climate change is a growing financial risk to both companies and the global economy,” said Ceres CEO Mindy Lubber, a member of the Climate Action 100+ steering committee. The announcement “sends a powerful signal to companies to reduce emissions, improve corporate governance, and strengthen their disclosure,” she added.

“This announcement from BlackRock will lead to some uncomfortable shuffling in the boardrooms of Big Oil, power utilities, and other carbon-intensive industries,” added Carbon Tracker founder and chair Mark Campanale.

Climate Action 100+ “has the ambition of becoming the biggest, richest, and possibly most benevolent bully the corporate world has ever seen,” Bloomberg reports. “It is cajoling companies to detail exactly how climate change will affect their business, so shareholders can pull money from those that aren’t preparing for the future.”

The campaign’s website lays out [3] a specific, focused effort: “The companies include 100 ‘systemically important emitters’, accounting for two-thirds of annual global industrial emissions, alongside more than 60 others with significant opportunity to drive the clean energy transition.”

BlackRock is signing on at a moment when the pressure on investment advisors and managers is intensifying, with climate change “becoming an increasingly important topic in the asset management industry,” Bloomberg says. “Protesters and non-profit groups are ramping up criticism of the largest fund managers for what they say is insufficient action around the global environmental crisis.”

Some of that attention has focused on BlackRock, which resisted [4] shareholders’ effort last fall to pass a climate action resolution at its annual meeting. “The investors who should be the leaders have so far been the laggards,” Ceres Director of Shareholder Engagement Rob Berridge said at the time.

And the company’s influence for good or for ill goes beyond its own shares. “The New York-based asset manager is among the largest holders of nearly every public company, and its support could have made the difference in getting some shareholder climate resolutions majority support,” Bloomberg explains. But “in the 12 months ending June 2019, BlackRock’s annual investment stewardship report shows it engaged with 256 companies on climate and environmental issues, but only voted in favour of four shareholder proposals asking companies to analyse their greenhouse gas emissions and their alignment with scenarios that keep the average global temperature increase to within 2.0°C.”

Now, BlackRock says joining Climate Action 100+ “is a natural progression of the work our investment stewardship team has done.” In an emailed statement, the company added: “We believe evidence of the impact of climate risk on investment portfolios is building rapidly, and we are accelerating our engagement with companies on this critical issue.”

“We hope today’s announcement means that BlackRock will go beyond words and actually make meaningful changes to the way it wields its power as an investor,” said U.S. Sierra Club campaigner Ben Cushing. “This is a good first step, but to truly be part of the solution to the climate crisis, BlackRock needs to put its money where its mouth is by supporting climate-related shareholder votes and by moving investments out of the worst actors in the fossil fuel industry.”

“Joining Climate Action 100+ is just a first step in the right direction for BlackRock,” agreed Moira Birss, finance campaign director at Amazon Watch. “It must also respond to the fact that it is the world’s biggest investor in deforestation. The Amazon fires last fall and the wildfires in Australia today show the immense risk to the climate, forests, and Indigenous peoples that deforestation-risk commodities pose. BlackRock must make its engagement with companies public and transparent with clear policies, deadlines, and ambitious timelines for shifting capital out of the worst offenders if they won’t change.”