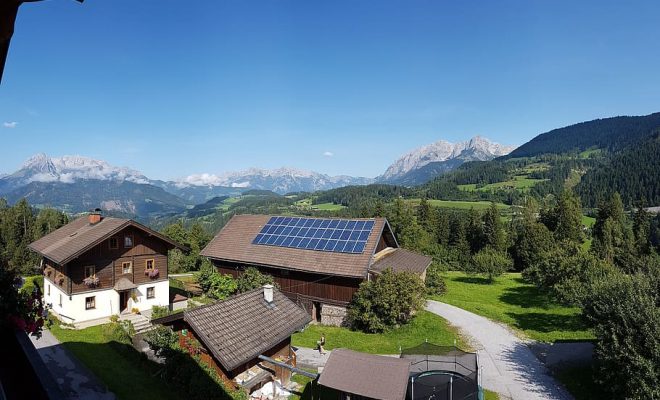 Austria is poised to become a European “forerunner” in climate protection and set a 2040 carbon-neutral target after the centre-right People’s Party (Oe Vp) and the Greens announced a coalition government last Thursday.

“The two disparate parties have agreed to govern in what Greens leader Werner Kohler called a “gamble” after key election gains in September,” Agence France-Presse reports [1]. “It marks the first time the Greens enter government on a national level” and returns Chancellor Sebastian Kurz, 33, to office after a corruption scandal ensnared the far-right Freedom Party and broke up his previous governing coalition.

While AFP says the People’s Party “holds on to controversial anti-immigration measures that have deeply divided Austrians,” Kohler declared it “worth the gamble” of working with conservatives to bring in a carbon neutrality target more ambitious than Europe’s 2050 goal.

“Observers say Germany and other nations could follow suit for the unlikely marriage of conservatives and ecologists as politicians seek to cater to voters’ increasingly populist sentiments as well as worries about climate change,” AFP writes.

“Among a raft of proposals, the program spells out that all energy should come from renewable resources by 2030, and for more to be invested in public transport,” the news agency adds. “Though renewable energies already account for about a third of Austria’s consumption—almost double the EU average—the nation of 8.8 million people has been among few EU members that have seen their greenhouse gas emissions continue to increase between 1990 and 2017.”

The staunchly anti-immigrant Kurz said coalition negotiations had “succeeded in uniting the best of both worlds,” while maintaining that “migration will stay at the heart of my politics”. The coalition agreement has Oe Vp controlling 10 ministries, including interior, foreign affairs, defence, and finance, with the Greens holding sway over an expanded environment ministry, justice, social affairs, and sports and culture.

That division roughly reflects the proportion of popular vote each party attracted in a vote last September: 37.5% to Oe VP, 13.9% to the Greens.

European Council President Charles Michel declared the January 2 announcement “great news from Austria,” tweeting that “25 years after its accession [to the EU], Austria renews its commitment to the European project and is set to become a leader in the fight against climate change.”

Political analyst Johannes Huber gave the alliance a “50-50 chance” of surviving, depending on the issues it has to deal with over the next few years. Publicist and political scientist Eric Frey, a columnist and editor with Austria’s Der Standard newspaper, said Kurz and Kohler wilil need a “skillfulness as few politicians before them” if they’re called to address growth in the number of asylum seekers, a worsening climate emergency, or an economic downturn.