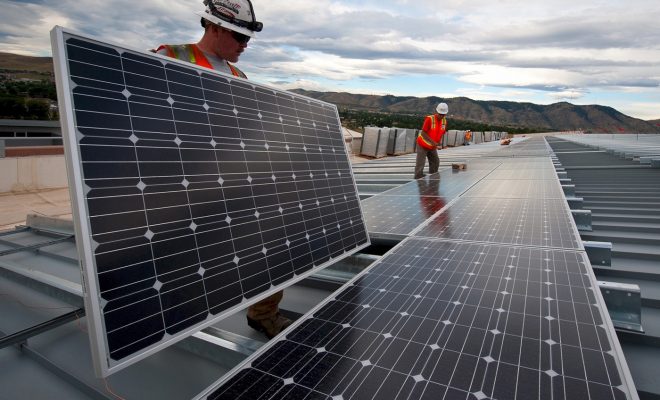 With a proven product, a more flexible approach to contracts, and a different notion of customer service and communications, community solar in the United States is getting closer to offering a broadly accessible, scaled-up product for the 50 to 75% of households that don’t have the option of installing their own rooftop systems.

“There has been quite an evolution,” said [1] Hannah Muller, director of public policy at California community solar developer Clearway Energy Group. “It’s reached the point where this is something I’d tell my mom to sign up for.”

To date, community solar has only flourished in places like Minnesota, Colorado, and Massachusetts, Greentech Media reports [1], with more than a gigawatt of total capacity installed. Nearly half of U.S. states still have less than 10 MW in place.

But “in a short time, the industry has matured,” said Jeff Cramer, executive director at the Coalition for Community Solar Access (CCSA). “You’re seeing the movement of community solar from pilot in the truest sense of the word” to becoming a “significant piece” of a 100% renewable portfolio standard.

“Community solar generally refers to large-scale solar installations that customers can subscribe to, paying monthly for solar energy credits—often at a discount that knocks costs off their regular utility bill,” Greentech explains. “Because they are typically located offsite, community solar gardens can provide solar power to renters as well as people with roofs unsuitable for traditional solar because of shading or slope.”

Most recently, “developers and pro-community solar policy groups have been working to improve accessibility, the core tenet of community solar’s appeal,” the U.S. industry newsletter adds. “Fewer providers require high credit scores, termination fees have declined or disappeared, and discounts over retail rates are becoming more common.” And now, the industry’s attention has turned to the best ways to bill customers, integrate projects with the grid, and bring a wider mix of customers—including less-affluent households—into the mix.

“Even in the last year, it’s been crazy how much the tone in the industry has shifted to re-examine how community solar is being messaged and being brought to the customer,” said former Greentech analyst MJ Shiao, now director of community solar at Arcadia Power. “The conversation is dramatically different now.”

Greentech says community solar developers are divided on whether it’s a problem that customers receive two electricity bills in some jurisdictions. “The argument that dual billing is an obstacle or barrier to community solar adoption is simply a red herring,” said Jennifer Spinosi, vice president of regulatory and compliance at community solar retailer CleanChoice Energy. “In part informed by the experience we’ve had in the retail market, we’re actually concerned that utility consolidated billing could have negative impacts on the community solar market, both in terms of that market’s ability to scale and also in terms of potentially having a negative impact on the customer experience.”

Others see that process as a point of confusion for customers. “That is the single most important change that we have to make happen over the next couple of years,” Tom Sweeney, president of renewable assets for Colorado-based developer Clean Energy Collective, told a recent CCSA event. “It will be the enabler of real growth.”

Greentech’s coverage explores some of the other issues and opportunities for the industry, including potential conflicts between investors’ expectations for long-term, stable cash flow and customers’ need for flexibility, some financiers’ insistence on high credit ratings that become a barrier for lower-income households, and the emergence of storage as an add-on for community solar projects.

Has any town installed solar on the flat rooftops of their mainstream stores?