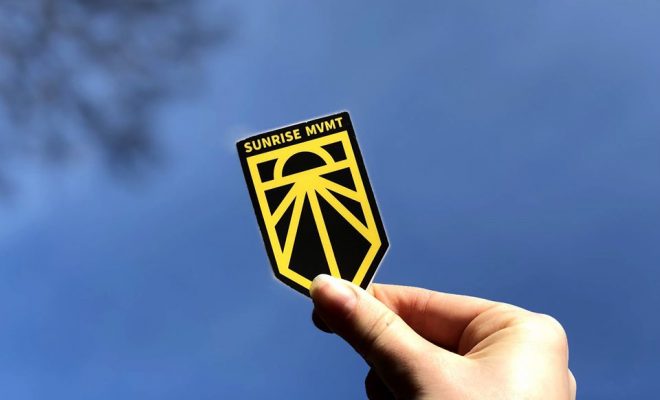 Sunrise Movement activists in Colorado stepped over the line earlier this month—way over—with a release that falsely had the mayor of Denver and governor of Colorado declaring a climate emergency and the mayor apologizing for fossil sponsorship of a local sustainability conference.

A Sunrise Colorado representative “rationalized her group’s fake letter from Denver’s mayor by comparing it to other left-wing pranks,” Grist reports [1]. “The tactic was very much inspired by the group the Yes Men,” Morgan Anker told the local radio station KGNU. “They are famous for different actions impersonating fossil fuel executives.”

From Grist’s account, Anker apparently missed the basic difference between her example and her group’s actions. The Yes Men are obviously satire. The fake letter was obviously a manipulative forgery that no responsible member of the climate community should ever want to be associated with.

Grist reporter Nathanael Johnson fills in the background. “A couple of days ago, Colorado Public Radio reporter Michael Elizabeth Sakas got an eyebrow-raising press release from the Sunrise Movement, a youth climate activism group that rose to prominence with sit-ins in politicians’ offices,” he writes. “Supposedly, Denver Mayor Michael Hancock was going to apologize for the fact that an oil company was one of the sponsors of a sustainability conference he hosted this week.”

“As a reporter on @CPRNews’ Climate Team, this would have been big news for me to cover,” Sakas tweeted [3]. “So the night before the summit, I called Sunrise to get more details.”

In response, Grist recounts, “Sunrise shared a statement on what appeared to be City of Denver letterhead that seemed to back up the claim. But it was a fake: The Sunrise Movement had written the letter and lied to journalists.” The letter identified [4] Calgary-based Suncor Energy as the silver sponsor of the event, and contained language far less diplomatic than a municipal sustainability office would typically use.

Afterwards, Sunrise Colorado spokesperson Michele Weindling told Colorado Public Radio the group was aware of the risks, but the results were worth it, Grist writes. “That was something that we grappled with, because our relationships with the media are really important to us.”

Sunrise Movement spokesperson Sofie Karasek said the national organization knew nothing of the tactic ahead of time. “As a decentralized grassroots movement, hubs are autonomous from us and do their own thing.”

Polis spokesperson Conor Cahill said he understood XR’s passion, but “false information is not an appropriate pathway toward furthering the conversation about solutions to the economic and moral threat of climate change.” But XR Denver’s Dave Robinson maintained there was a “larger story” than misinformation: “We are obviously in a climate emergency (according to 99.9% of scientists),” he told Grist, “and we still have governments refusing to admit it or act as if the truth is real.”

Jonathan, an XR coordinator in the UK, told Johnson the organization is “completely decentralized”, but “XR tells the truth, so we certainly would not encourage or condone putting out false information.”

Johnson closes his post on a similar note. “The deceit might have gotten the group more attention than sending out truthful press releases would have — but it might not be the kind of media attention these activists should want,” he writes. “Instead of regarding these disinformation tactics as a kind of artsy prank, people concerned with the disintegrating norms of honesty could place these actions on a spectrum with fake news from Russia and falsehood-filled Trump-tweets.”