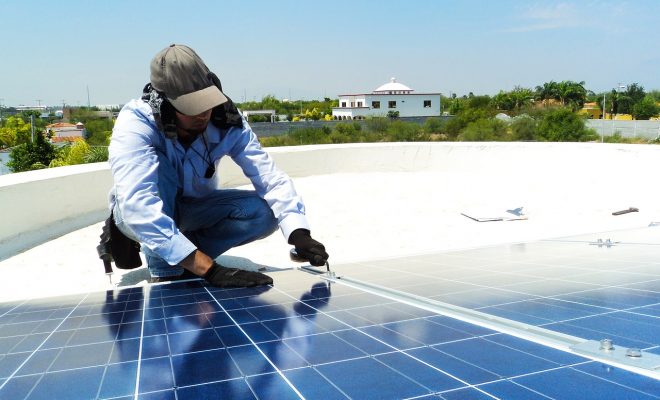 Overheated claims that climate action will cost millions of jobs are quickly giving way to the realization that the transition off carbon will produce an employment boom, CBC business columnist Don Pittis reports in a post-Throne Speech analysis.

“What many business leaders are realizing is that rather than being a cost that will drag industry down, the competition required to create a low-carbon economy has the potential to ignite a new boom,” Pittis writes [1]. And if that potential proves out in practice, the climate action promised in last Thursday’s Speech from the Throne [2] “will be an economic stimulant”.

Pittis looks back just over a year, to Ontario Premier Doug Ford trying to instruct Prime Minister Justin Trudeau to “scrap your job-killing carbon tax plan”. The policy people behind Trudeau had other ideas. And since then, with the floor price on carbon firmly in place, “the Canadian economy has continued to crank out jobs as the unemployment rate hovered near record lows,” he writes. “Wages have been rising above the rate of inflation and businesses have repeatedly complained they can’t find enough workers, resulting in hundreds of thousands of private sector jobs going begging.”

That’s no surprise to climate economy specialists like Mark Jaccard of Simon Fraser University and Stewart Elgie of the University of Ottawa’s Smart Prosperity Institute. “Shifting away from uncontrolled burning of fossil fuels is a net job gain because the alternatives are, on average, more labour-intensive,” Jaccard told Pittis. “This is true basically everywhere in the world.”

Economic analyses have always factored in the benefits of fossil fuel use, calculating their loss into the cost of the transition off carbon. “More modern studies that add in the costs of doing nothing—fires, flooding, agricultural losses, forced mass migration—show the global macroeconomic impact close to balance,” writes Pittis, whose resumé includes a past career as a forest firefighter. “But even that assumes economies are somehow static, and that the cost of fighting climate change is like water dipped out of a limited pool. Instead, economies have always gone through dynamic change. Climate adaptation and mitigation are just some of the modern drivers of that change.”

“Any transition means loss of some existing jobs and the creation of new ones, and we’ll see the same here,” Elgie told him in a phone interview. “Ultimately there will be somewhat more jobs [or many, many more jobs [4]—Ed.] in a low-carbon economy—that’s what most of the numbers say. The challenge for Canada is positioning ourselves to capture our share of those jobs and punch above our weight.”

Elgie added that the transition must begin now, could take decades, and can avoid a regional spike in unemployment if it’s done right. “You can’t just flip a switch,” he said. “We have to prepare to transition the economy of oil-producing regions so that they are beginning to generate the next generation of jobs as oil and gas begins to slow down.”