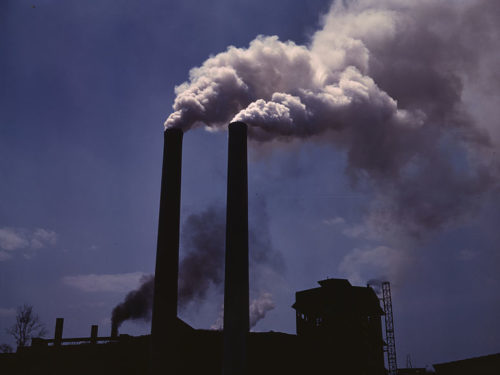 Canada will need to quadruple its carbon tax to C$210 per tonne by 2030, enough to raise gasoline prices by about 40¢ per litre, if the government relies solely on pricing to hit its 2030 emissions reduction target, Canada’s Ecofiscal Commission concludes in its final report issued this week.

The commission maintains a pricing system that rebates carbon tax revenue to households is still more economically efficient as a climate action tool than regulation or subsidies, the Globe and Mail reports [1].

The recommendation lands in the same week that the UN Environment Programme’s annual Emissions Gap Report [3] showed Canada missing its carbon reduction target by 15%, Global News notes [4]. Over the last four years, Prime Minister Justin Trudeau [5] and then-environment minister Catherine McKenna [6] repeatedly referred to the Harper-era carbon target—a 30% reduction from 2005 levels by 2030—as a floor, not a ceiling on the country’s climate ambition.

“We have real options, but it’s time to focus on those that can actually work for both the economy and the environment,” the commission says [7] in a release. “Our analysis shows that carbon pricing tops the list. It delivers the lowest-cost emissions reductions. A steadily-rising carbon price can achieve Canada’s target and maintain strong economic growth. It can also generate revenue that can be returned to Canadians to maintain affordability.”

The commission stresses that it will take policy as well as technology to tackle the climate crisis, and “not all policies are created equal. While exemptions and subsidies have illusory appeal, trying to shelter consumers from costs will actually cost them more. Our modelling shows that carbon pricing will grow Canadian incomes on average by $3,300 more in 2030 relative to a policy approach that relies on a mix of subsidies and industry-only regulations.”

Perhaps ironically, Globe columnist Gary Mason notes [8] that consumers in the two fossil provinces most implacably opposed to the federal backstop price on carbon stand to see the biggest rebates—in the range of $2,250 per person per year in Alberta and $4,100 in Saskatchewan.

Ecofiscal also endorses the use of “flexible regulations” like the federal government’s proposed Clean Fuel Standard [9], on their own or in combination with carbon pricing. But “no matter what policy tool—or combination of tools—we use to achieve Canada’s 2030 target, policies will have to be significantly more stringent than they are today.”

“The report studied three revenue-neutral policy options that Canada could use to meet its targets,” the Globe and Mail explains. “The first option puts carbon pricing as the main policy driver; the second has a focus on economy-wide regulations and some subsidies; and the third puts an emphasis on industry-specific regulations and subsidies. It found that under the higher carbon pricing, the economy would grow on average annually by 1.37% between 2020 and 2030, compared with 1.16% under the second option and 0.81% under the third.”

In his column, the Globe and Mail’s Mason opines there’s little chance the minority Liberal government will commit to anything near a $210-per-tonne tax. The Globe’s news coverage suggests the recommendation may be dead on arrival with all the major parties in Parliament.

“In response to the report, neither the NDP nor the Liberals committed to advocating for higher carbon taxes and the Conservatives said they would continue to campaign against any carbon tax,” the paper writes. “The Green Party’s Elizabeth May called the report ‘irrelevant’ because the government’s current 2030 targets mean Canada still isn’t doing its share to limit warming to 1.5°C.”