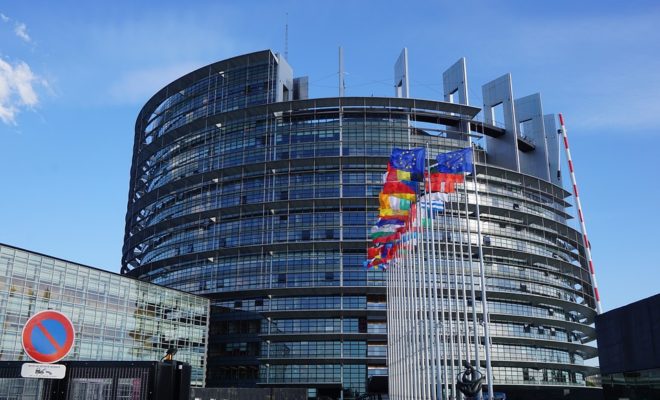 European Union legislators are on track to declare a climate emergency ahead of the annual United Nations climate conference opening next week in Madrid, while stressing that the symbolic statement must be backed up by action.

“The EU must act together and lead by example in international climate negotiations through concrete actions and measures,” members of the centre-left Socialists and Democrats (S&D) parliamentary bloc said [1] in a statement. Reuters reports the majority statement has the support of Greens, the centrist Renew group, the left-wing GUE, and independent parliamentarians.

“For me, it is not enough to declare a climate emergency,” said Mohammed Chahim, a leading S&D politicians backing the statement. “This resolution to the COP25 is the water to put out the fire,” but “it is a message to the world: we do not only want to be leaders, we are (also) taking the right measures.”

The European Parliament “has repeatedly pressed the European Commission to take a stronger stance on climate change,” Reuters states, with newly-appointed EC President Ursula von der Leyen declaring the climate crisis one of her top priorities and setting out a European Green Deal to achieve “climate neutrality” by 2050. “Current targets aim to cut the EU’s greenhouse gas emissions by 40% by 2030 from 1990 levels,” Reuters says. “Von der Leyen hopes to raise the goal to at least 50%.”

While 25 out of 28 member states signed on to that target, objections from Poland, Hungary, and the Czech Republic prevented the EU from promoting greater climate ambition at UN Secretary General António Guterres’ climate action summit in New York in September.

Meanwhile, EC decision-makers are bogging down on efforts to define the “transition” and “enabling” economic activities that will chart a course to net-zero emissions.

“It’s one of those technical debates that have become the trademark of EU policy-making in Brussels,” Euractiv reports [3]. “Faced with growing controversy over a draft sustainable finance taxonomy, which aims at channelling billions of Euros worth of private investments into the green economy, the European Commission has floated a compromise proposal” that divides green economic activities into three categories: those that have low emissions “in an absolute sense”, transition activities with significantly lower-than average emissions that avoid locking in carbon-intensive assets or processes, and enabling activities that support decarbonization in some other sector.

Euractiv gets into the details of a technical discussion that has been going on for some time, and is expected to drag on in 2020.