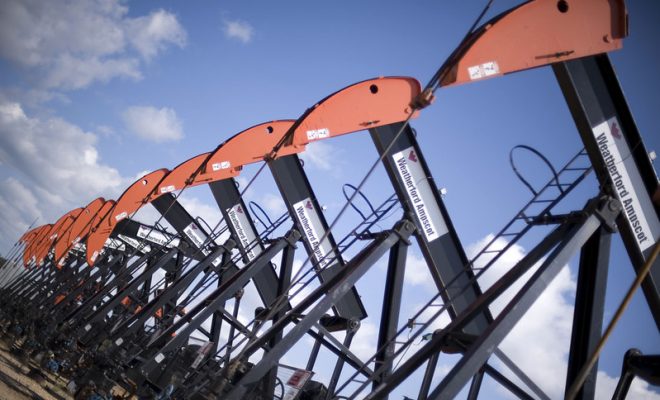 If Alberta ever pursued some of its louder residents’ “Wexit” dreams and separated from the rest of Canada, it would instantly become the world’s biggest carbon polluter, with per capita emissions three times higher than Saudi Arabia, currently the worst colossal fossil among the world’s nations.

And the surprise finding in a new set of graphs by Barry Saxifrage, National Observer’s self-described “resident chart geek”, is that the province’s fossil industry isn’t the only source of its excessive emissions.

“Saudi Arabia currently holds the title for world’s most dangerous nation, regularly ranking dead last [2] in analyses of climate performance,” Vancouver-based freelancer Chris Hatch writes for National Observer, in summary text for the Saxifrage data. But “on a per capita basis, Alberta is already three times as bad as Saudi Arabia.”

That gap “is likely to keep getting more extreme because the province is aggressively expanding its oil and gas industry,” he adds. “The Canadian Association of Petroleum Producers is campaigning for expansions that would increase GHG emissions from fossil energy by 60%. Alberta is currently planning to open the biggest oilsands mine in history, Teck Resources’ Frontier project.”

But that isn’t entirely about emissions from the Alberta oilpatch.

“You might think that Alberta is such a threat because of the massive expansions in the oil and gas industry, particularly the oilsands,” Hatch writes. “But it turns out that governments and industry have built an economy so dirty that it makes each Albertan almost twice as polluting as Saudis, even if you ignore emissions from Alberta’s oil and gas sector entirely.”

Saxifrage’s chart work shows Alberta’s per capita emissions 1.7 times higher than Saudi Arabia’s, excluding the province’s fossil output. “So, Alberta’s problem runs much deeper than the carbon emissions caused by clearcutting the boreal forest, removing wetlands, and extracting bitumen from the soil and muskeg below.”

The other way to assess an economy is based on its carbon intensity—its emissions per unit of economic activity. By that measure, “it costs 2.4 times as much CO2 for Alberta to make a buck as Saudi Arabia,” Hatch notes. “Such poor performance on this measure of economic efficiency has already become a major problem for Alberta,” with institutions like Swedish central bank Sveriges Riksbank recently selling off [3] its Alberta bonds.

But unless the province does eventually secede, “Alberta’s dirty economy will remain Canada’s problem, creating a significant burden on other Canadians,” Hatch concludes. “Right now, the Alberta burden is indirect—the rest of Canada has to do more than its fair share in cutting carbon, and put up with breaking pledges to the international community. But the new EU president is already promising to impose border tariffs [4] against high-carbon jurisdictions, and the idea is gaining steam around the world. In a carbon-constrained world, Canadian farmers and manufacturers would pay the price directly, out of their pockets, for Alberta’s refusal to control carbon emissions.”

#1 Pingback By Secession Would Make Alberta the World’s Biggest Per Capita Carbon Polluter – Enjeux énergies et environnement On November 25, 2019 @ 12:54 AM

Interesting stat that Alberta is 1.7 times above Saudi Arabia without its oil sands/fossil fuels.

But with Wexit, they’d lose their constitutional right to access the oceans with their products, so they’d deny themselves markets.