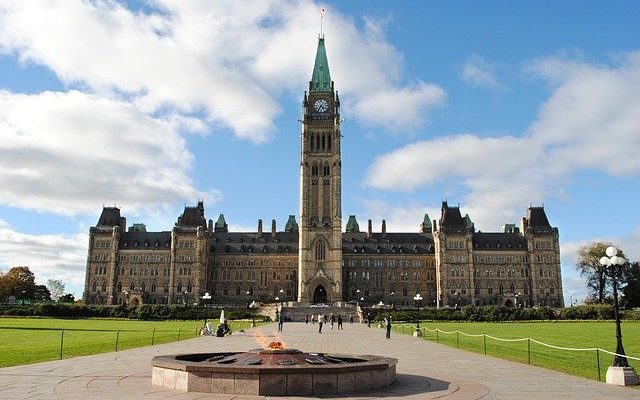 Alberta’s energy minister declared herself “very encouraged” by her first meeting with her federal counterpart, Ottawa’s Western liaison opened the door to watering down federal environmental protection regulations, and Quebec environmentalists second-guessed the decision not to appoint one of their own as environment minister as Prime Minister Justin Trudeau’s newly-appointed cabinet got down to work last week.

Less than 48 hours after his appointment, Natural Resources Minister Seamus O’Regan arrived in Calgary for a meeting described [1] as “very productive” and a “very good start” by Alberta Energy Minister Sonya Savage.

“I was able to talk about the challenges facing the oil and gas sector here in Alberta and the very real concerns that Albertans have,” said Savage, who worked as a pipeline lobbyist before running for office. “He listened, he heard, he understood. I was very encouraged with the tone and the direction and the relationship ahead.”

In a statement, O’Regan said the two governments “share the common goal of ensuring that our natural resources, including oil and gas in Alberta, are sustainably developed and continue to be a source of good, well-paying jobs,” adding that Ottawa remains “fully committed” to completing the Trans Mountain pipeline expansion.

On Thursday, Calgary Mayor Naheed Nenshi said a “frank” conversation with Trudeau had given him a sense that there was flexibility on two hotly-contested pieces of legislation adopted by the last parliament, the new federal Impact Assessment Act and the Oil Tanker Moratorium Act, both of which drew sustained criticism in Alberta.

“What I certainly heard is there was a willingness to make bill C-69 and C-48 better,” Nenshi said [3]. “I think the government really understands the challenges that are in front of them and the very real risk we have when it comes to western alienation, and that was really my goal.”

Previously, federal spokespeople have said there would be flexibility in the regulations guiding the implementation of the two bills. In his new role as Western liaison, Winnipeg MP Jim Carr briefly said there might be scope to reopen the actual legislation, The Canadian Press reports [4], before refocusing his remarks on the enabling regulations, which have yet to be finalized.

“I think there’s an openness to looking at these laws. The Prime Minister said so,” Carr initially declared [5], adding a bit later that there was a willingness to “improve” the legislation. He later told media the PM is “open to improving the process” around implementing the two bills.

“There’s a law. We aren’t going to open it,” added newly-appointed Environment Minister Jonathan Wilkinson. “But there are things we can do with the implementation of the law. We’re open to conversations with the industry and environmentalists” on how to make the process efficient.

Karel Mayrand, Quebec director general at the David Suzuki Foundation, said the climate community would keep a close eye on the process. “We’re reassured for now, but we’re still a bit worried, because we’re seeing that there is a lot of pressure on this government and we’re concerned about the concessions they might make.”

“For a government that promised during the election to rebuild an environmental protection system dismantled by (Stephen) Harper, this is indecent and disturbing,” said Greenpeace climate and energy campaigner Patrick Bonin. “After appointing [Équiterre co-founder and newly-elected Liberal MP] Steven Guilbeault to Heritage, they’re opening the door to reviewing the implementation of environmental laws to satisfy the oil industry.”

“The first symbolic gesture of this government is to hide an ecologist at heritage because they’re afraid of bothering Alberta,” Mayrand agreed [6]. “What bothers us is the idea that, in order to appease the West, you can’t put competent people in the right positions.”

The news coverage and commentary following last week’s cabinet appointments included several calls for the government to stick to its campaign commitments to fast-track climate action.

“While it’s perfectly understandable that [the Trudeau government] should reach out to the West after being reduced to minority status, it’s vital that they not give up their commitment to action on climate change,” wrote [7] the Toronto Star editorial board. “It would be easy for the new [environment] minister, Jonathan Wilkinson of British Columbia, to win applause from climate change skeptics by watering down policies aimed at reducing greenhouse gas emissions. But the government should not go down that road; it should stick to its guns on the substance of the issue, even as it finds more creative ways to work with the provinces.”

Much of the reporting focused on Wilkinson’s early roots in Saskatchewan [8], his 20 years running a cleantech company, and his previous role as parliamentary secretary to then-environment minister Catherine McKenna. And National Observer noted [9] that “several new ministers bring real world experience from the environmental sector,” including Guilbeault as well as former Ontario Greenbelt activist Deb Schulte, newly appointed as Minister of Seniors.

That “stronger field of notable environmental advocates” could shift the balance in internal cabinet discussions, said Environmental Defence National Program Manager Dale Marshall. “Cabinet decisions are cabinet decisions, and having people who both have knowledge and an environmental ethic is useful,” he told Observer. At the same time, “whether the Liberals are willing to address production and emissions coming from the oil and gas sector will determine whether they are successful on climate change.”

“For this government to deliver on its mandate, it must leave Canadians with a sense of pride. Climate leadership isn’t only about reducing pollution on a chart—it’s about action that Canadians can see benefitting their daily lives and their communities.”

The Globe and Mail says [11] the cabinet appointments signal a government shifting “from one lonely and vilified environment minister, to an all-hands-on-deck approach to transitioning Canada to a low-emissions economy and confronting the anxieties that come with that change.” Reporter Adam Radwanski cites Wilkinson and O’Regan as key players, but also points to Finance Minister Bill Morneau identifying climate “as a primary area of government focus—not something he likely would have done four years ago.”

Taken as a whole, “it adds up to a recognition that this government will be judged, not just next election but by future generations, by its ability to meet seemingly incompatible goals: dramatically reducing Canada’s carbon footprint in keeping with its identification of climate change as a full-fledged emergency, and preserving national unity in the face of mounting alienation among provinces where livelihoods are at risk,” Radwanski writes.

#1 Pingback By Ottawa Offers Flexibility on Fossil Regulation as New Cabinet Gets to Work – Enjeux énergies et environnement On November 25, 2019 @ 12:39 AM