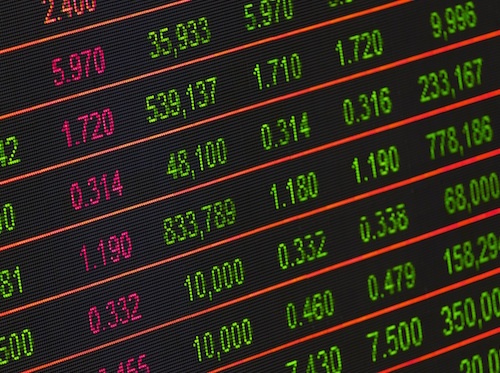 Calgary-based Pengrowth Energy closed out a worrying week for the Alberta oilpatch Friday with the announcement that it was being acquired at a bargain basement price of 5¢ per share, down from the $13 per share its stock commanded in 2011.
“Essentially, a piece of leftover Halloween candy is worth more than a share in Pengrowth,”  CBC reports [1].

But eager as Premier Jason Kenney was to lay a week of bad news [2] at the feet of the Trudeau government in Ottawa, a wider news scan revealed the bigger stresses fossils face—from a sustained oil price crash [3], to the mounting expectation that they properly declare [4] the climate risks they face and rapidly dial down [5] their production and resulting greenhouse gas emissions.

The immediate reaction in Alberta focused on the problems closer to home, where CIBC reports 50,000 jobs lost in the last five years. The Globe and Mail says [7] Cona Resources, a privately-held company also based in Calgary, will pay C$28 million to buy Pengrowth and pay off debts worth $712 million.

“It’s nice to see them get something done, but a little surprised the offer is considerably less than what the shares were trading for [the day before],” mergers and acquisitions consultant Tom Pavic of Sayer Energy Advisors told CBC. “You don’t normally see a public company get sold at a discount to its trading price, but it’s just a sign of the times.”

Earlier in the week, Encana Corporation announced [2] it was moving its head office to the United States and literally stripping any reference to Canada from its company name by awkwardly rebranding itself as Ovintiv. And the Petroleum Services Association of Canada (PSAC) predicted exploration companies will drill 500 fewer oil and gas wells in 2020 than they did this year, in a statement that pointed to the climate crisis as a key factor driving the decline.

“Following a very disappointing 2019 that saw activity plunge to 2015/2016 levels with about 2,000 fewer wells drilled than forecast, the outlook for 2020 is even worse,” President and CEO Gary Mar said in a release. “With the unrelenting focus on climate action during the recent federal election campaign and the resulting minority government that is expected to be supported by parties that have no interest in the global GHG reductions that Canada’s oil and gas industry can deliver, nor the economic benefits that Canada’s most prolific industry and largest exporter provides, PSAC is forecasting a further 5% decline in activity to 4,500 wells.”

(Mar and PSAC appear to have missed reports that some tar sands/oil sands emissions were 64% higher [8] than fossils had reported, Alberta is now scaling back [9] carbon controls for its biggest emitters, energy efficiency already creates [10] more than twice as many jobs in Canada than a fossil sector that is doing its best to cut them back [11], and clean energy as a whole is on track to do better still [12] by 2030.)

In the Globe and Mail, columnist Gary Mason shows little patience with the effort to blame Ottawa for the oilpatch’s troubles. “It’s completely nuts,” he writes [13].

“Encana didn’t make this decision because the Trans Mountain pipeline expansion hasn’t been built,” Mason explains. “They moved to get access to a greater pool of cash in the United States that wasn’t available to the company as long as it was headquartered in Canada. There are no job losses associated with the decision, although reaction to the news in Alberta left one with the impression that thousands would be affected.”

The bigger picture is that “exploration and production companies are in a state of flux around the world,” he adds. “Virtually all forms of outside capital fled the oil and gas sector in Canada starting with the oil crash in 2014. It forced companies here to become much more efficient in their operation,” and “there is a wide belief the same recalibration that hit Canada is now set to rock oil and gas in the U.S.”

Against that reality, Mason says Kenney is in danger of overreaching.

“At some point, people outside Alberta and Saskatchewan are going to see straight through the narrative,” he warns. “They are going to see a provincial premier, who has some legitimate grievances, attempting to bully the person running this country (and an old political foe he doesn’t much care for on a personal level) into acceding to his every wish. They are going to see someone seemingly more interested in personal aggrandizement than engaging in the kind of give-and-take inherent in national deal-making.”

And back home, “Kenney needs to understand that deliberately mischaracterizing the decisions oil and gas companies make for his own political gain ultimately doesn’t get him anything other than angrier citizens.”

CBC reports [14] that the vitriol since the federal election has spurred a trending social media hashtag for a “western exit” from Confederation, along with a Facebook group with more than 250,000 members. But in Lloydminster—a town on the Alberta-Saskatchewan border with only two out of 45 oil rigs currently in operation—the national broadcaster detects lots of anger, but little appetite for separation.

“I’m proud to be a Canadian…you can’t beat the country we live in,” Mayor Gerald Aalbers said last week.

“If I was losing my job, my business, my home, I’d be under stress. I’m going to lash back,” he added. “I think that’s what we’ve seen. People have expressed those feelings that are close to their heart. But when they sit down and look at it, we live in a great country.”

CBC reporter Jason Warick writes that he spoke to “dozens of people in and around Lloydminster”, many of whom saw the federal government as “anti-western” and hypocritical. “But despite the frustration, none of them supported any form of separation,” and they didn’t all see the Trudeau government as their region’s biggest problem.

“There’s a whole bunch of factors. Obviously, everybody hears about the pipeline and getting their oil to the market. But around the Lloyd area, it’s a technology shift,” said Ted Harland, whose oil pump assembly business has had to lay off about half of its 15 employees.

Harland “said more pipelines and better policies would help, but there are two far bigger culprits: low world oil prices and new technology that requires fewer workers to operate,” Warick writes. “In the Lloydminster area, the traditional method of cold water and sand extraction is being replaced by what’s known as steam-assisted gravity drainage. Harland, Aalbers, and others say this method requires 75% fewer workers to harvest that same barrel of oil.”

Harland said the $4 million worth of equipment he had ready for sale would be going to customers in Indonesia, Australia, and South America—not Canada.

Teacher Colleen Henning “said she feels for her friends and for parents of her students who’ve lost their jobs. She said the government needs to provide better job training to support families as they transition,” CBC writes. “She also said Lloydminster needs to diversify its economy if the city is going to survive.”

“At one time, every small town had a blacksmith shop,” she noted. “They had a hatmaker. We don’t see those industries anymore. They’re gone because times changed. It’s something we have to accept.”