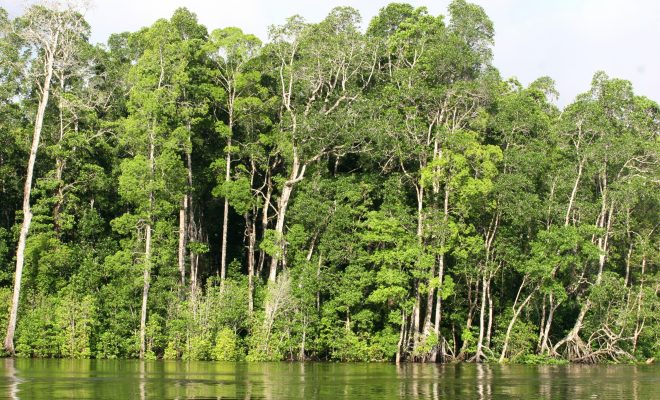 From the transition off coal, to protecting the biodiverse islands that helped inspire the theory of evolution, a combination of front-line protests and solid research is pulling Indonesia toward a more aggressive response to the climate crisis.

With thousands in the streets demanding the country live up to its climate commitments, the International Institute for Sustainable Development (IISD) released [1] a study on Indonesia’s renewable energy policy options last month, while The Gecko Project reported [2] 10 takeaways from a successful, years-long fight by the people of the Aru Islands to save their land from plantation development.

On the energy transition, a team from IISD released a set of findings that “address precisely what Jakarta’s protesters were looking for—solutions to the energy crisis that can be implemented now,” writes Philip Gass, the organization’s Indonesia lead and senior energy policy advisor, with a focus on “concrete ways that Indonesia can break out of its coal dependence and embrace renewables”. The country installed less than a gigawatt of solar- and wind-generated electricity between 1985 and 2017, and will need to double that in the next five years to meet its Paris Agreement target of generating 23% of its power from renewables by 2025.

“Is this even possible?” Gass writes. “Technically, yes. Our study shows that Indonesia hasn’t been using renewable resources to their greatest potential. The experts we interviewed were confident that a few adjustments to Indonesia’s policy approach could boost sustainable energy investments and allow Indonesia to meet its goals in time.”

The report recommended action in four areas: a moratorium on new coal plants, regulatory reforms to support rooftop solar, phasing out coal subsidies while allowing renewables to earn market prices, and shifting from biofuels to bioenergy to reflect concerns about the “economic and environmental sustainability of biofuels in Indonesia”.

Gass reports “spirited” debate on the future of solar versus coal, along with concerns from the Indonesia Renewable Energy Association that the country might be farther from its 2025 target than official reports indicate. “Everyone agreed, however, that it’s absolutely necessary for Indonesia to expand its renewable energy sources, and do this as soon as possible,” he writes. “I walked away feeling that perhaps I wasn’t the only one who felt the urgency behind the student-led climate strikes this week; everyone in the room seemed to understand that now is the time to act.”

In the Aru Islands, meanwhile, The Gecko Project and Mongabay News describe the Save Aru campaign as “one of Indonesia’s most successful grassroots movements in recent years,” defeating a plan to turn more than half of the island archipelago into a massive sugar plantation.

“By the time the Aruese became aware of the sugar cane project, pushed through in secret by a politician who was later jailed for corruption, it was nearly too late to stop it,” the co-published article states. “If it went ahead, it would replace Aru’s rainforests with a sea of sugar cane more than half the size of Puerto Rico, destroying the existing livelihoods and food supplies of tens of thousands of people.”

Gecko and Mongabay stress the “huge odds” the community faced. “In Indonesia, a young democracy still recovering from three decades of military rule, companies usually succeed in their efforts to annex Indigenous lands. The country has consequently become blanketed in concessions for plantations and mines that have provoked thousands of land conflicts.”

In this case, the community’s success relied on 10 key ingredients: using social media to spread the story around the world; conducting their own investigations into a “sketchy” project and the “mysterious” company behind it; pressing “influential institutions” for support; debunking the “pseudoscience” behind the project; finding helpful contacts in government offices; demonstrating widespread opposition to the project; rooting their efforts in local culture and identity; building a prominent role for women as “a powerful and critical component of the movement”; sustaining a “genuine grassroots campaign”; and making the “illegalities in the permit process” impossible to ignore.“In the mid-1800s, the extraordinary biodiversity of the Aru Islands helped inspire the theory of evolution by natural selection,” Gecko and Mongabay write [4]. “Several years ago, however, a corrupt politician granted a single company permission to convert most of the islands’ rainforests into a vast sugar plantation. The people of Aru fought back. Today, the story of their grassroots campaign resonates across the world as a growing global movement seeks to force governments to act on climate change.”