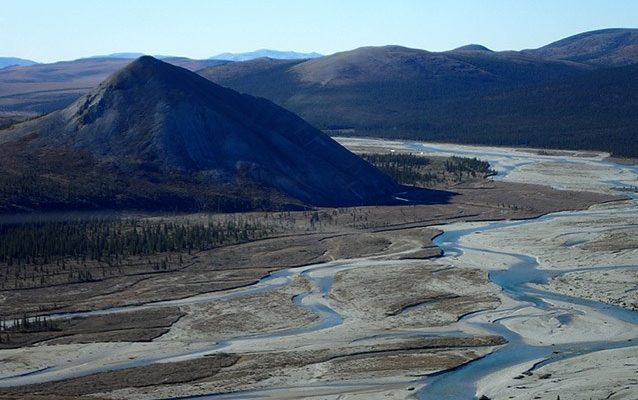 Thawing Arctic permafrost is now emitting 600 million tonnes more carbon each year than its resident plants like lichen and wild blueberry can absorb in summer, according to research just published in the journal Nature Climate Change.

The finding by an international team of 75 climate scientists means the tundra, a “vast reserve of carbon that dwarfs what’s held in the atmosphere,” has become a source of the very greenhouse gases responsible for global warming and, in turn, permafrost melt, The Canadian Press reports [1].

Until now, scientists had generally assumed the microbial respiration that drives emissions stopped at colder temperatures. However, curious to learn more about winter emissions from permafrost, the researchers placed more than 100 CO2 detectors at ground level across the circumpolar region, and took more than 1,000 measurements. Their results placed annual emissions “about twice as high as previous estimates,” at 1.7 billion tonnes.

Discounting the approximately one billion tonnes that Arctic plants are assumed to absorb, Dalhousie University’s Jocelyn Egan said the planet is left with a “net loss” of more than 600 million tonnes per year.

And “the pace of the emissions is likely to increase,” writes CP, unless the broader process of climate change is brought under control. “Under a business-as-usual scenario, emissions from northern soil would be likely to release 41% more carbon by the end of the century.”

And with the Arctic already warming three times faster than the rest of the planet, “even if significant mitigation efforts are made, those emissions will increase by 17%.”

Egan said the projections exclude the contribution of climate-wrecking methane [3], which is also being released by melting permafrost around the world.