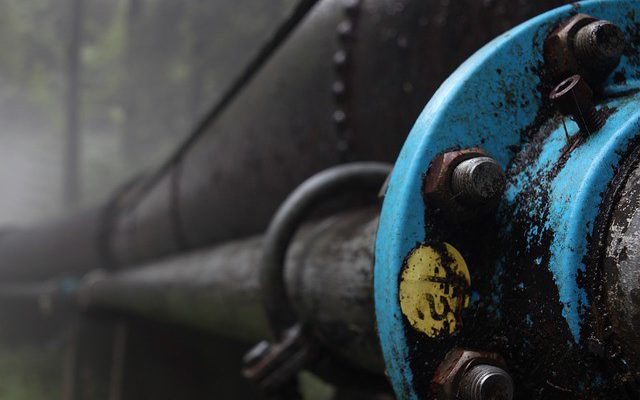 Fire protection systems at three oil storage facilities attached to the Trans Mountain pipeline fell short of industry best practices in some ways, even though they met “applicable regulations, codes, and standards,” according to an independent audit conducted three years ago and only released this week under access to information laws.

“The regulator took issue with PLC assessing the sites based on industry best practices,” the paper explains. “It rejected portions of the findings in part because PLC did not limit its assessment to regulatory requirements, which can be different than best practices.”

That was after PLC concluded that “design features or components” of Trans Mountain’s fire suppression systems at Westridge and Burnaby, including aspects of its fire pumps, foam systems, and fire detection systems, fell short of fire protection standards. “At the time, Trans Mountain’s Emergency Management Program stated that in the event of a fire at the tank farm, it would have eight emergency responders on site within six hours,” Star Vancouver says. “Since then, the Canada Energy Regulator has directed [3] Trans Mountain to get its response time down to four hours, but the PLC report indicates that best practice is a response time of 30 minutes.”

Local NDP candidate Svend Robinson, who requested the study under information access laws in June, said the regulator’s position showed “contempt for the community”. He added that the report “raised very serious concerns about safety and security at the existing tank farm” in the Burnaby North-Seymour riding where he’s seeking election.

“Doesn’t this company—which is now owned by taxpayers—don’t they have an obligation to make sure that they meet the best practices to ensure safety of people in the community?” Robinson asked. “Of course they do.”

On Tuesday, Trans Mountain replied its facilities “are designed and operated to industry best practices and meet the most stringent safety standards,” adding that it “addressed the potential deficiencies identified by the PLC report and no new areas of non-compliance have been identified.” The company said it’s subject to regular audits by the Canada Energy Regulator, the NEB’s institutional successor.

The federally-owned Trans Mountain now says it would respond to an incident “immediately”, adding that “there is nothing more important to Trans Mountain than the safety and well-being of our neighbours, the community, and our workers”. But it was a different story three years ago, when the company still belonged to Houston-based Kinder Morgan. The company “pushed back against the PLC findings, arguing the pipeline regulator should disregard the report entirely because PLC had measured Trans Mountain’s fire prevention systems against standards beyond the legal requirements,” Star Vancouver states. And the new documents show the NEB partly agreeing.

“PLC erred legally by expressly saying that it was auditing to ‘establish compliance’ with what it terms as ‘best industry practices for fire protection’,” the Board’s technical leader for audits wrote in May 2019, when “the NEB audits to regulatory requirements and not best practices”.Stand.earth climate and energy campaigner Sven Biggs pointed to a tank farm fire [4] in California earlier this week as an example of what could go wrong at a Trans Mountain facility. “Accidents do happen at these facilities and the impacts can be quite dramatic,” he said. “We have always been concerned about increasing the number of tanks and the amount of oil flowing through the facilities, especially in Burnaby, because they’re so close to residential neighbourhoods.” And “the fact that there are concerns or flaws in their fire preparedness with the current volume of oil coming through those terminals should really raise alarm bells for folks.”