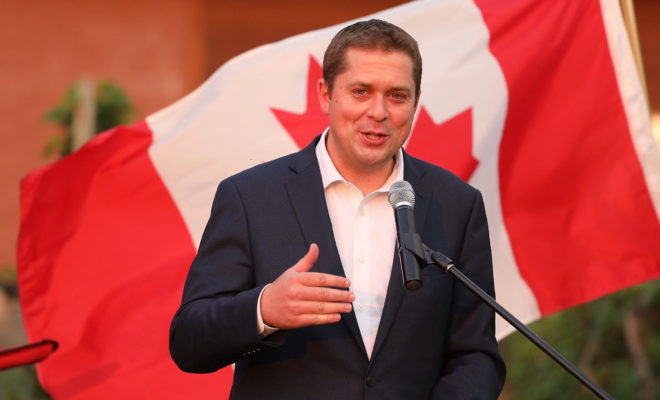 An Ottawa-based ethics watchdog is calling on Commissioner of Canada Elections Yves Côté to investigate whether possible “collusion” between the Conservative Party and the Canadian Association of Petroleum Producers (CAPP) violated the Canada Elections Act.

“Don’t just call them up and say, ‘Hey, are you guys colluding?’” Democracy Watch co-founder and coordinator Duff Conacher told [1] National Observer. “There’s enough there, I think, for (Côté) to go to court and try to get a subpoena.”

“The complaint centres on the fact the lobby group and the Conservatives have both done business [3] with an advertising firm co-founded by Hamish Marshall, who is Conservative Leader Andrew Scheer’s campaign manager,” Observer reports. “These connections, along with revelations [4] about three events this past spring involving Scheer and oil industry executives, ‘point to a relationship of collaboration and support’ that would give Côté ‘reasonable grounds to investigate,’ the complaint reads.”

CAPP registered with Elections Canada as a third-party advertiser for this year’s campaign, Observer notes, and paid Marshall’s agency more than $15,000 for political ads. The Globe and Mail reported last week that the firm also worked for the Conservative Party, where a spokesperson said operatives “rigorously” respect the terms of Marshall’s leave of absence from the firm.

“Recent changes to the Canada Elections Act ban third parties and political parties acting ‘in collusion with each other,’ including through information-sharing, in order to ‘influence’ the third party in its partisan campaign activities, ads, or election surveys,” Observer notes.

Last Thursday, Scheer said his party had received “a ruling, a decision by Elections Canada” that vendors can have contracts with two advertisers, Observer says. “Elections Canada contradicted that claim in a response to the Globe and Mail, saying it did not, in fact, issue ‘any kind of official ruling or decision,’ but simply provided guidance.”

In response to the Democracy Watch complaint, Elections Canada communications manager Michelle Laliberté “said her office reviews every complaint it receives to determine if they fall within the commissioner’s mandate,” Observer writes. “The commissioner does not, however, disclose whether he will conduct an investigation into a particular matter,” she wrote in an email.