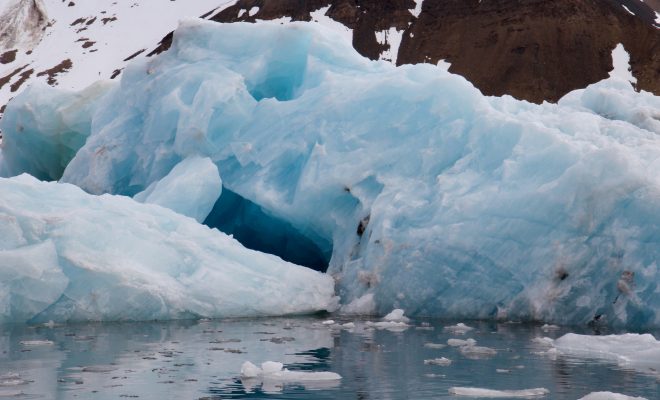 The world’s oceans will rise nearly one metre (three feet) by 2100, 100-year coastal storms and flooding will happen annually, fish stocks will see serious declines, snow and ice cover will diminish, and killer storms will get wetter and more powerful without fast action to reduce the greenhouse gas emissions that cause climate change, concludes the latest science report from the Intergovernmental Panel on Climate Change (IPCC), issued last week after a contentious negotiating session in Monaco.

While the report’s 104 authors from 36 countries [1] say the worst effects “can still be avoided, depending on how the world handles the emissions of heat-trapping gases,” The Associated Press reports [2], heat uptake in the oceans has made climate change irreversible.

“If we reduce emissions sharply, consequences for people and their livelihoods will still be challenging, but potentially more manageable for those who are most vulnerable,” said IPCC Chair Hoesung Lee, a South Korean climate economist. “We increase our ability to build resilience, and there will be more benefits for sustainable development.”

Already, however, “sea levels are rising at an ever-faster rate as ice and snow shrink, and oceans are getting more acidic and losing oxygen,” AP states. Ultimately, “the dire effects will be felt on both land and sea, harming people, plants, animals, food, societies, infrastructure, and the global economy. In fact, the international team of scientists projected for the first time that some island nations will probably become uninhabitable.”

“The oceans and the icy parts of the world are in big trouble, and that means we’re all in big trouble, too,” said Princeton University professor of geosciences and international affairs Michael Oppenheimer, one of the report’s lead authors. “The changes are accelerating.”

The Globe and Mail reports [4]that 280 million people could see their homelands submerged by the end of the century, and marine heat waves will increase 20-fold if average global warming is held to 2.0°C. Mid-latitude glaciers will lose 80% of their mass by 2100, and 70% of Arctic infrastructure will be at risk from melting permafrost by 2050.

Already, National Observer writes [5], “marine life is migrating toward the poles in search of cooler waters and suitable areas to survive — a migration set to disrupt the Earth’s ecosystems as we know them,” while the oceans lose oxygen and become more acidic.

“The world’s oceans and cryosphere [the Earth’s snow and ice] have been taking the heat for climate change for decades,” absorbing more than 90% of the excess warming produced by carbon pollution plus much of the carbon dioxide itself, said IPCC Vice-Chair Ko Barrett, a deputy assistant administrator of the U.S. National Oceanic and Atmospheric Administration.  “The consequences for nature and humanity are sweeping and severe.”

“It doesn’t matter where you live in the world or where you live in Canada. The impacts of climate change are going to impact everyone,” University of Alberta epidemiologist and IPCC lead author Sherilee Harper told [6] CBC. Already, “we’re starting to see outbreaks of different vibrio species in places we did not see them before, and that’s been attributed to ocean warming.”

Harper added that “for both the Arctic and west of B.C., the report talks about how the decreased catch of fish and seafood will impact nutrition for the people who live there,” with the science showing “anywhere from a 20 to 30% decrease in their nutrient intake because of those climate change impacts on fish distribution.” Coastal flooding will become an annual event by 2060, water availability could be disrupted in western Canada, and the crucial kelp and sea grass meadows that support and shelter marine life off Canada’s east and west coasts are at risk.

“The decline of kelp forests is projected to continue in temperate regions due to warming, particularly under the projected intensification of marine heat waves, with high risk of local extinctions,” the report states.

In an interview with the Globe, Harper added that an increase in marine pathogens could contaminate seafood and represent a human health hazard.

At 3.66 millimetres (one-seventh of an inch) per year, the report concludes sea levels are rising 2.5 times faster now than they did between 1900 and 1990, AP says. The upper levels of the oceans have lost an estimated 1% to 3% of their oxygen since 1970, and ice melt from Greenland, Antarctica, and mountain glaciers accelerated between 2006 and 2015. “Arctic June snow cover has shrunk more than half since 1967, down nearly one million square miles (2.5 million square kilometres),” AP writes, and “Arctic sea ice in September, the annual low point, is down almost 13% per decade since 1979. This year’s low, reported Monday, tied for the second-lowest on record.”

The report points to severe impact for Himalayan glaciers that feed 10 major rivers in Asia, including the Yangtze and the Ganges, as well as thawing of one-quarter of the Arctic’s permafrost that could release massive amounts of buried methane and trigger further warming.

Through 2100, the report gives a range of possibilities for rising ocean waters, from 61 to 110 centimetres (two to more than 3.5 feet), with the most likely outcome at 84 centimetres (33 inches). But if warming continues, future centuries will see twice to three times as much sea level rise. That calculation points to a “future that certainly looks completely different than what we currently have,” said German climate scientist and report co-author Hans-Otto Portner.

But even so, “we indicate we have a choice,” Portner told AP. “Whether we go into a grim future depends on the decisions that are being made.”

“If we aren’t able to have ambitious action that enables us to reduce greenhouse gas emissions, we will have these high-end impacts,” Australian National University paleoclimatologist and IPCC author Nerilie Abram told CBC. “We’re at a point where we have a decision to make.”

But “it is alarming to read such a thorough cataloguing of all of the serious changes in the planet that we’re driving,” said Texas A&M University climate scientist Andrew Dessler. “What’s particularly disturbing as a scientist is that virtually all of these changes were predicted years or decades ago.”

CBC says the report calls for “profound economic and institutional transformative change” and closer cooperation among governments. “Nations need to act,” Harper said. “But there’s also ways that provinces can act and municipalities can act. If we’re going to have transformational change in governments, we need to do that from international to national to local.”

She added that “we have to act now. We need to start making those decisions today, because the decisions we make today will have impacts centuries from now.”

“Everybody in the world will be affected by the changes we are seeing,” said co-author and British Antarctic Survey oceanographer Michael Meredith. “The key thing that’s coming out of the report is that we have a choice. The future isn’t set in stone.”

However, “if emissions are allowed to continue rising, then the impacts are likely to start accelerating so rapidly that they will overwhelm societies’ capacity to cope, with the poorest and most vulnerable communities and countries succumbing first,” CBC notes. “In a high-emissions scenario, the chances of having any reasonable foothold to deal with the impacts becomes much smaller,” said IPCC author Matthias Garschagen, chair in human geography at LMU Munich. “Systems are changing in a way in recent history that they’ve never changed before.”

C40 Cities noted that brunt of the impacts foreseen in the IPCC’s latest report will fall largely on municipalities.

“The world’s coasts provide a home to around 1.9 billion people and over half of the world’s megacities—all of which are in grave danger if we don’t act immediately to prevent rising temperatures and sea levels,” the organization stated [8] in a release. “Extreme high temperatures, coastal flooding, and more frequent natural disasters are becoming the new normal. Several cities, home to hundreds of thousands of people, are already disappearing underwater. This is what the climate crisis looks like now.”

For mayors, the “greatest responsibility is to protect the lives and well-being of those who live in our cities,” C40 added. “That’s why city leaders around the world are taking decisive action to prepare our communities for the realities of a rapidly warming planet.”

As always, the IPCC’s Summary for Policy-Makers was a consensus document, making it a cautious rendition of the risks ahead. “Like many of the past reports, this one is conservative in the projections, especially in how much ice can be lost in Greenland and Antarctica,” said Josh Willis, a NASA oceanographer who wasn’t involved in producing the report.And indeed, Agence France-Presse says [9]the summary was only approved after an “all-night standoff”, in which Saudi Arabia challenged the need to drastically reduce the carbon emissions produced by burning fossil fuels. “It really seems like Saudi Arabia only came to this meeting to block any language on 1.5°C,” said one negotiator.