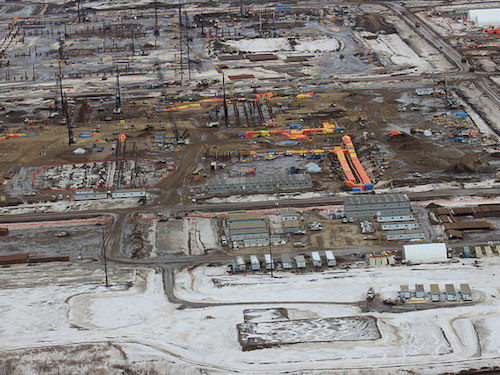 Mining and tar sands/oil sands producers Teck Resources, Suncor Energy, and Canadian Natural Resources Ltd. took three of the four top spots in an annual listing of Canadian mining companies by gross revenues, raking in a combined C$36.1 billion in 2018—a year when fossils complained bitterly about how hard they were finding it to operate in Canada.

Suncor increased its tar sands/oil sands revenue from $11.2 to $12 billion between 2017 and 2018, partly by starting production at its new Fort Hills project in Alberta. CNRL boosted its revenue from $7.1 to $11.5 billion, partly due to output from its majority-owned Athabasca Oil Sands Project.