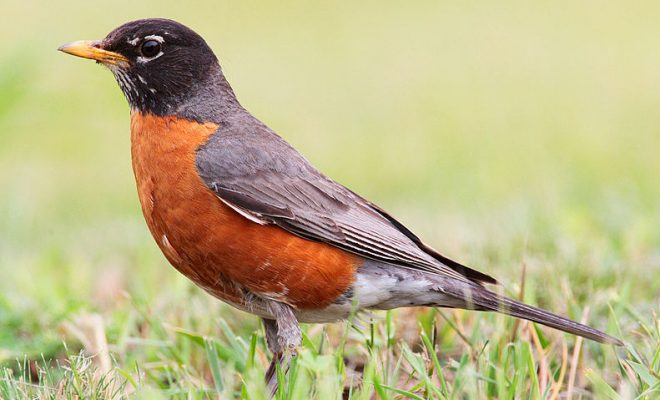 North America’s bird population has declined by three billion, 29% of its total population, since 1970, according to a new study [1] in the journal Science in which top ornithologists and government agencies from Canada and the United States warn of an “overlooked biodiversity crisis”.

The rapid decline “is not an extinction crisis—yet. It is a more insidious decline in abundance as humans dramatically alter the landscape,” the Washington Post reports [2]. “Grassland species have been hardest hit, probably because of agricultural intensification that has engulfed habitats and spread pesticides that kill the insects many birds eat. But the victims include warblers, thrushes, swallows, and other familiar birds.”

“That’s really what was so staggering about this,” said lead author Ken Rosenberg, senior scientist at the Cornell Lab of Ornithology and the American Bird Conservancy. “The generalist, adaptable, so-called common species were not compensating for the losses, and in fact they were experiencing losses themselves. This major loss was pervasive across all the bird groups.”

The scientists “were able to put a number on the decline because birds are probably the best-monitored animals on Earth,” the Post states. “Decades of standardized, on-the-ground tallies carried out by ordinary bird enthusiasts—including the annual North American Breeding Bird Survey and the Christmas Bird Count—provided a wealth of data that the researchers compiled and compared.”

The team cross-referenced those numbers with data from 143 weather radars that showed spring migration volumes dropping 14% in the last decade. “Birds, because they are so well-monitored, should be viewed as canaries in coal mines, the authors argue—harbingers of a wider environmental malaise at a time when other creatures, including insects [4], are also thought to be fading but are more challenging to count,” the news story adds.

Past studies have identified agriculture and habitat loss, followed by light pollution, buildings, and roaming cats, as key factors in what Rosenberg called the “death by a thousand cuts” facing bird populations.

“Studies like this do suggest the potential of a systems collapse,” said Richard Gregory, head of monitoring conservation science at the UK’s Royal Society for the Protection of Birds and a professor at University College London. “These birds are an indicator of ecosystem health. And that, ultimately, may be linked to the productivity and sustainability of agricultural systems.”

While the Post story leads with the decline of familiar songbirds at backyard feeders, it cites the study’s references to the essential ecosystem services birds provide.

“Some are ‘seed dispersers’—they eat seeds from tree fruits and then spread them across wide areas through defecation, helping create new trees,” writes reporter Karin Brulliard. “When they’re not around, ‘seed predators’ such as rodents consume seeds from fallen fruits but crack them open, rendering them unable to grow.” Other birds function within their ecosystems as pollinators, predators, or prey.

“They’re integral to the system. It’s like a very large corporation in a marketplace—they’re diversified across all areas,” said American Bird Conservancy President and study co-author Mike Parr. “If that corporation starts to have problems, then it starts showing up everywhere.”