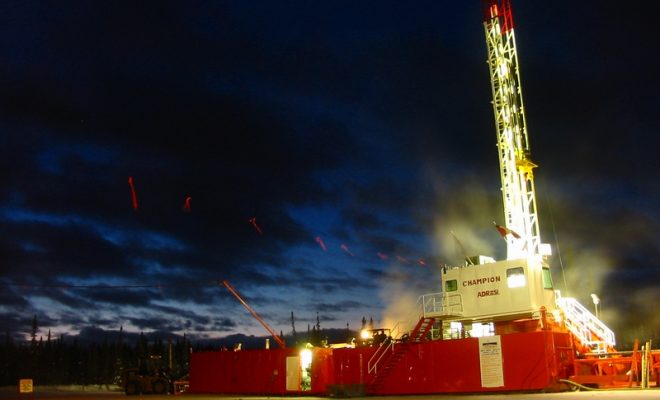 A new study is predicting that global oil demand will peak in 2022, hit a plateau until 2030, then decline sharply, in what the Reuters news agency is calling “one of the most aggressive forecasts yet for peak oil”.

The assessment shows natural gas demand exceeding oil in 2026, then plateauing in 2033. “Meanwhile, electricity’s share of the total energy mix is predicted to double by mid-century to 40% of today’s levels, with solar and wind generation accounting for two thirds of electricity output,” Reuters reports [1].

“Most oil companies expect demand to peak between the late 2020s and the 2040s,” the news agency notes. “The International Energy Agency (IEA), which advises Western economies on energy policy, does not expect a peak before 2040, with rising petrochemicals [3] and aviation demand more than offsetting declining oil demand for road transportation.”

But the latest annual report from DNV GL, a Norwegian firm that advises both fossil and renewable energy companies in more than 100 countries, “would appear to be at odds with ongoing investment in developing new oil and gas fields,” writes reporter Nerijus Adomaitis.

“The main reason for forecasting peak oil demand in the early 2020s is our strong belief in the uptake of electric vehicles, as well as a less bullish belief in the growth of petrochemicals,” said Sverre Alvik, head of the company’s energy transition outlook team.

“DNG GL expects electric vehicles to reach 50% of global new car sales in 2032, compared with last year’s forecast of the mid-2030s,” Reuters writes. “By the middle of the century 73% of the global passenger car fleet will be electric-powered, up from 2.5% today, the company estimates.”

The analysts also project a shift in investment from fossils to clean electricity, with annual spending on power grids more than doubling to US$1.7 trillion, while fossil exploration and development drops from 68 to 38% of total energy expenditures.