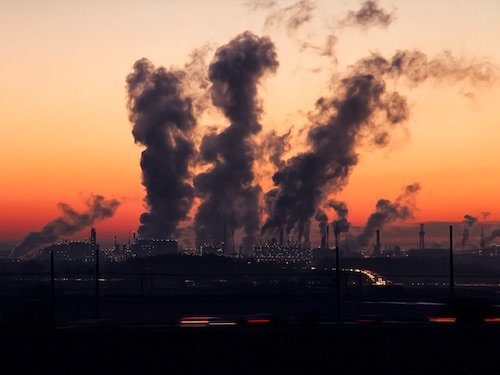 A coalition of European climate denial groups is planning an all-out media blitz this month to undercut net-zero emission targets now under discussion across the EU, according to documents obtained by DeSmog UK [1].

The group’s reach extends into UK Prime Minister Boris Johnson’s cabinet, The Independent reports [2], and connects with Koch-funded climate denial organizations like the Cato Institute and the Heartland Institute in the United States.

“There is no climate emergency and therefore no cause for panic and alarm,” states a self-styled European Declaration, for which its proponents claim 400 signatures so far. “Our advice to political leaders is that science should aim at significantly better understanding the climate system while politics should focus on minimizing potential climate damage.”

DeSmog says the group is planning news conferences in Brussels, Rome, and Oslo, and a letter to the leaders of EU and United Nations institutions in mid-September.

Drexel University sociologist Robert Brulle told DeSmog he detected a whiff of panic in the declaration.

“The rise of the Extinction Rebellion movement, and the immense popularity and influence of Greta Thunberg, are having a significant impact on media coverage of climate change and concern about this issue,” he said. “I would suspect that the aim of the campaign is to blunt the impact of these climate advocacy efforts.”

While “the talking points are stale and patently scientific nonsense,” he added, “that isn’t critical. The point would be to keep the ‘contested’ nature of climate change alive.”“These people are the rhetorical equivalent to the kid in the classroom screaming, ‘Look at me! Look at me!’ They’re desperate for attention,” said Harvard University post-doctoral fellow Geoffrey Supran, whose research [4] has focused on ExxonMobil’s history of promoting climate denial. “As always, they presumably hope to muddy the waters of public and political discourse on the climate crisis. To feed the echo chamber of sympathetic right-wing media and blogs, and to prey on naive and unsuspecting journalists who may be tempted to exercise false balance in their climate coverage.”