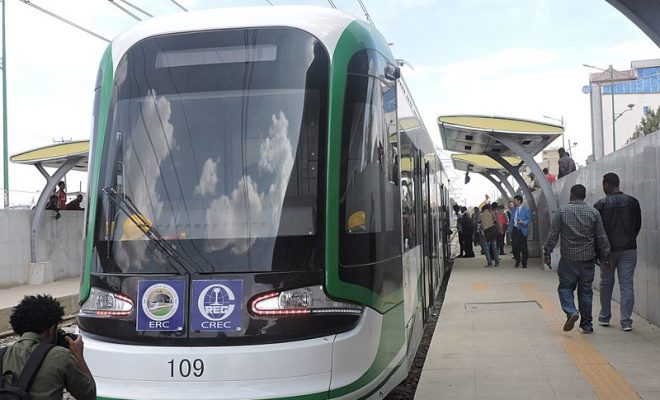 The desire to lead “climate-friendlier lives”—an impulse driven by a mixture of shame and anxiety—is one of the reasons more and more young Europeans are choosing trains over planes as their mode of travel around the continent. (The ever-escalating hassle of flying coach is another.)

Growing climate awareness is a key driver behind the shift away from planes, especially in Sweden, which has recorded a 30% uptick in train travel over the past year while growth in airline reservations is  levelling off, reports [1] the Washington Post.

While #FridaysForFuture founder Greta Thunberg is inspiring many of her fellow Swedes with her refusal to travel by air, others may be feeling the pressure of “the newly-coined concept of flygskam, or ‘flight shame’,” the Post notes. “Record heat this summer and last has also focused attention on climate change and influenced travel plans.”

When Mark Smith first founded Seat 61, his website dedicated to European train travel, in 2001, users were there because they either loved trains or were terrified of planes (or couldn’t, for some other reason, fly). “Now, when people tell me why they are taking the train, they say two things in the same breath: They say they are fed up with the stress of flying, and they want to cut their carbon footprint,” he told the Post.

Alert to which way the wind is blowing, Swedish officials just announced more federal support for the national rail company, following “years of cutbacks when cheap plane tickets were luring people into the skies.”

What environmentally friendly travel does sometimes require, the Post notes, is time. Hours to spare were certainly demanded of Swedish health consultant Johan Hilm, who recently eschewed a two-hour flight from his home country to Austria, choosing instead to take “a 5½-hour train trip to Copenhagen, a 1¾ -hour bus to the Danish coast, a 45-minute ferry to Germany, a 90-minute train to Hamburg, an 11-hour night train to southern Germany, and a final three-hour train.”

But the climate gains are undeniable: with the proviso that “measuring carbon dioxide emissions from travel can be an inexact science,” the Post records “one popular online calculator [as suggesting] that Hilm’s trip would have led to about 577 pounds of carbon dioxide emissions if he had flown, compared with 118 pounds by rail, a savings of 80%.”

There are other positives besides, including the subtle, but priceless benefit of sitting and watching the world go by—and change according to the pressures of local climate, geography, and history. “Before, it would be, like, ‘Okay, I’m traveling to Italy’,” said Linnea Rothin, 23, after returning to Sweden from a three-week rail trip through central Europe. By contrast, even rolling through cities and landscapes at 120 miles per hour, “you can kind of understand the way the countries influence each other.”

While Europe-wide air travel “still ticked up—by 4.4%—in the first quarter of 2019,” according to Airports Council International Europe, “young, green European” are increasingly cooling to the whole idea of plane travel, the Post says.

So, too, are the continent’s leaders, some of whom are “beginning to reconsider how much they should encourage” flight. More of them are proposing or implementing national taxes on flying, and The Netherlands is lobbying for an EU-wide aviation tax.

“Even some airlines have gotten in on the ‘fly less’ message,” reports the Post, noting a just-released responsible flying ad from KLM which goes so far as to ask viewers, “Could you take the train instead?”

Others, like Scandinavia’s largest airline SAS, are seeking to at least modestly green their flights. The company is “ending in-flight duty-free sales and asking passengers to pre-book meals so planes can be lighter and more fuel-efficient,” the Post writes. SAS executives are urging their pilots to deploy single-engine taxiing, while pushing to expand their fleet’s use of renewables “as quickly as possible”.

But Greg Carlock of the Washington, DC-based World Resources Institute stressed that “meaningful shifts will need to happen on a structural level that goes beyond any individual’s private actions.” He added that, “in terms of personal climate activism broadly, whether you’re talking about aviation, reducing the amount of meat you eat, consumption choices, the answer is always: It is important, but it is insufficient” without society-wide change.