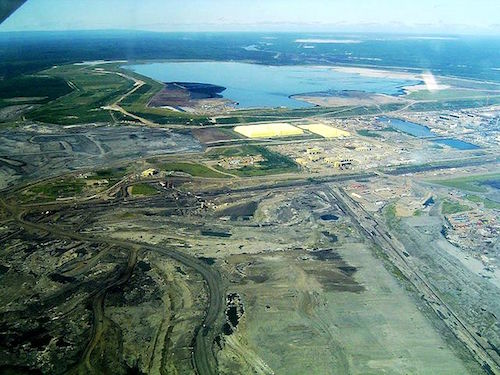 New cement plants, fracking fields, and in-situ tar sands/oil sands projects should not be exempt from review under the federal government’s new Impact Assessment Act, Toronto-based Environmental Defence argues in a letter to the Trudeau government released this week.

“We are dismayed that today’s new regulations leave high-carbon projects off the list of what needs to undergo a federal impact assessment,” said [1] Julia Levin, ED’s climate and energy program manager. “Exempting oil and gas projects from environmental review is like saying you’re going to study the environmental impacts of road vehicles and then giving a free pass to SUVs and transport trucks.”

“Canada’s greenhouse gas emissions are continuing to grow, largely because of growing emissions from the oil and gas industry, which account for over a quarter of the country’s emissions,” the organization adds in a release. Yet the project list that sets the stage for environmental assessments “exempts some of the highest-carbon projects in the oil and gas sector, such as in-situ tar sands operations and unconventional gas production, commonly called fracking. Other large carbon-emitting projects like cement plants are also left off of the list.”

The project list also fails to set a greenhouse gas trigger “to ensure that all high-carbon projects receive federal review,” Environmental Defence adds. “A trigger would have ensured fairness in Canada’s plan to take an economy-wide approach to reducing GHG emissions, by ensuring that any large carbon project—regardless of the sector—would receive an assessment.”

And for projects of all kinds, “the thresholds for the size of a project have increased,” so that only the bigger megaprojects—longer pipelines, bigger mines—would face federal review. “For example, to qualify for federal impact assessment, coal mines have to be 60% larger than would have been captured under the previous regulations.”

Levin warned that “the decisions we make today with regards to our energy infrastructure will have consequences for generations to come. The wrong decisions will lead to emissions being locked in for decades.”