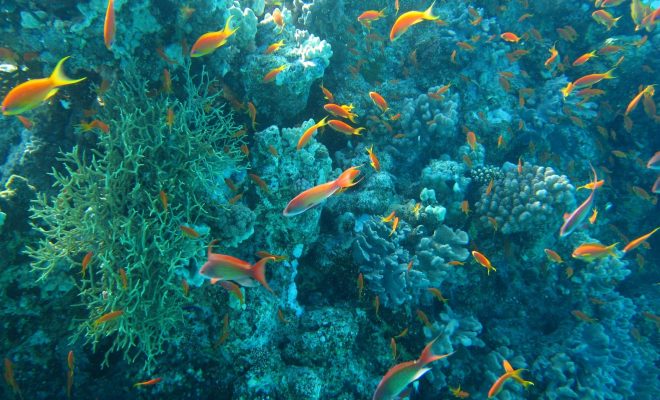 The world’s oceans could lose 17% of their biomass by 2100 if humanity fails to get greenhouse gas emissions under control, representing a devastating blow to biodiversity and a terrifying reduction in a resource base upon which much of humanity ultimately depends.

A new study published last week in the Proceedings of the National Academy of Science went beyond earlier ones which looked at only one piece of a vast puzzle, or used only one computer model to simulate outcomes under different climate scenarios, The Associated Press reports. Study co-author William Cheung, a marine ecologist at the University of British Columbia, said the team’s use of six separate, state-of-the-art models resulted in “the best big-picture look yet.” That picture shows ocean biomass dropping 5% for every degree Celsius the oceans warm, and indicates that climate-related decline is already being observed—after accounting for the effects of fishing.

Study co-author and Dalhousie University marine biologist Boris Worm told AP that “the main building blocks of marine life, plankton and bacteria, may decline less heavily.” But “the biggest animals in the oceans are going to be hit hardest,” added co-author Derek Tittensor, a marine ecologist at the United Nations World Conservation Monitoring Centre in England.

“The potential ramifications of these predicted losses are huge, not just for ocean biodiversity, but because people around the world rely on ocean resources” for food and livelihoods, said University of Victoria biology professor Julia Baum, who wasn’t involved in the study. “Climate change has the potential to cause serious new conflicts over ocean resource use and global food security, particularly as human population continues to grow this century,” she added.

Crucially, the study found that “if the world reduces carbon pollution, losses can be limited to only about 5%.” For University of Georgia marine biologist Samantha Joye, that conclusion left no room left for hypotheticals. Planetary stability depends upon healthy oceans, she told AP, and that makes the “urgent call to action” in the “meticulous” study a “moral imperative.”