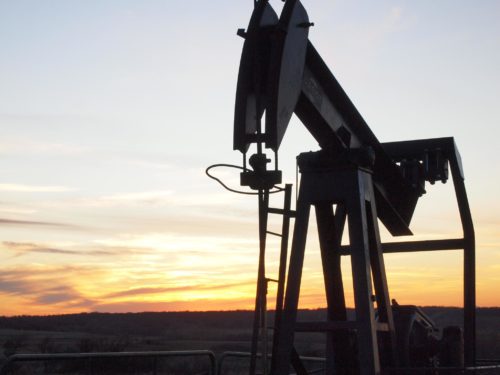 National environmental groups declared the fossil industry’s election campaign demands a recipe for “climate chaos” last week, after the Canadian Association of Petroleum Producers (CAPP) issued a call for the country’s next government to displace imported oil with Canadian supplies and ramp up fossil production and pipelines.

“If our goal is to limit global warming, we need to be retiring fossil fuels,” said Dale Marshall, national program manager at Environmental Defence.

On Monday, CAPP President Tim McMillan repeated his oft-stated claim that Canadian oil is produced to a higher environmental standard, and that emerging economies in India, China, and Southeast Asia will see increasing demand for fossil fuels. Two days later, “more than half a dozen environment groups pushed back,” The Canadian Press reports, with Marshall declaring the notion of cleaner Canadian oil a fallacy.

“I would say straight-up that the agenda put forward in this document by the Canadian Association of Petroleum Producers is a recipe for climate chaos,” he said, adding that clean and renewable energy exports will deliver the same economic benefits without the climate impacts associated with fossil fuel production and use.

“The different visions for Canada’s economic and environmental policies are a preview of the federal election campaign to come, in which the fossil fuel sector and environment groups are expected to play central and conflicting roles,” CP comments. “Environment groups want the federal government to bar new pipelines and slowly wind down production in the oil sector, while ramping up investments in and exports of cleaner, renewable energy technologies.”The news agency adds that “each side denies favouring any one party. However, Marshall acknowledged that climate and environment plans put forward by the Green Party and the NDP ‘could have been written by the environment community’.” By contrast, the Globe and Mail revealed [2] in late April that fossil interests and Conservative strategists held an April 11 coordinating meeting that included an address by party leader Andrew Scheer. The paper described the gathering as “a sign of growing collaboration between the Alberta-based sector and its political backers ahead of the federal election this fall.”