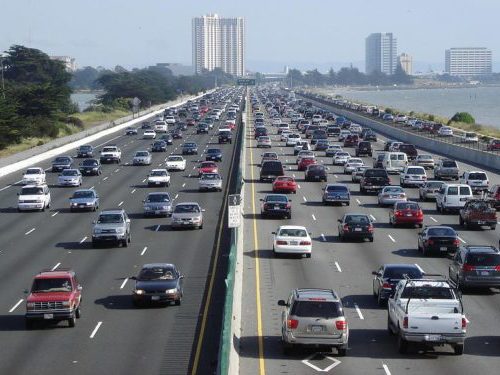 Environmental economists Dr. Kyle Meng of UC Santa Barbara and Dr. Ashwin Rode of the University of Chicago’s Energy Policy Institute believe the study is “the first attempt to quantify the toll such anti-climate lobbying efforts take on society,” Carbon Brief reports. “Crucially, they found that the various fossil fuel and transport companies expecting to emerge as ‘losers’ after the bill were more effective lobbyists than those expecting gains.”

The two researchers reported “overwhelming evidence” that the social benefits of what came to be known as the Waxman-Markey bill would have outweighed the mounting costs of inaction, from reduced farm yields to lower GDP. Their findings “support the conclusion that lobbying is partly responsible for the scarcity of climate regulations being enacted around the world,” Carbon Brief notes.

The Waxman-Markey bill, adopted by the U.S. House of Representatives in 2009 before it died in Senate in 2010, was the farthest-reaching climate legislation the country had seen to that date, calling for greenhouse gas reductions of 17% by 2020 and 80% by 2050 from a 2005 baseline. Its key features included a carbon cap-and-trade system, a renewable energy standard, more robust energy efficiency efforts, and grid modernization.

“The bill was the culmination of several attempts stretching back to 2003 to pass cap-and-trade legislation limiting the U.S. economy’s emissions,” Carbon Brief recalls. “As none of these efforts was successful, President Barack Obama instead relied on the executive powers of the U.S. Environmental Protection Agency to tackle greenhouse gas emissions, specifically its power to regulate ‘any pollutant’ that ‘endangers public health or welfare’.” To this day, the U.S. has state-level carbon pricing systems in jurisdictions like California, but no national plan.

And that was no accident. Media reports a decade ago showed lobbyists hindering the bill’s progress, but the coverage scarcely revealed the scale of the effort or its impact on the bill’s eventual fate, the two economists found.

“According to them, lobbying often goes unrecorded and, even when it is, it can prove difficult to quantify which groups stand to gain and lose—and to what extent,” Carbon Brief writes. But a comprehensive review of federal records for the era showed Waxman-Markey accounting for 14% of all recorded lobbying expenditures at the time—a record for any policy introduced between 2000 and 2016.

Meng and Rode took an innovative approach to objectively identifying winners and losers in Waxman-Markey, combining results of a “prediction market” tied to the bill with the stock prices of the publicly-traded firms involved in the lobbying battle. “This allowed the researchers to bypass both their own preconceptions, as well as any statements made by the firms themselves which, as the pair point out, may not be reliable,” Carbon Brief explains. In the end, they discovered statistically significant relationship between a company’s lobbying budget and the bill’s expected impact on its stock value.

The modelling also “revealed that oppositional lobbying—that is to say activities by companies that stood to lose out—was the most effective. This implies the input of ‘loser’ firms, which include Boeing, Marathon Oil, Walmart, and Ford, had more influence than ‘winners’, despite spending comparable sums on lobbying. From this conclusion, the researchers estimated that the sum of all lobbying decreased the probability of the bill being enacted by 13%.”

The economists translated that finding into social costs based on prior research showing that the failure to reduce greenhouse gas emissions through Waxman-Markey cost the U.S. a mind-boggling $467 billion—13% of which they attributed to the lobby effort.

“A large body of research has demonstrated the costs of unmitigated climate change in myriad contexts, including decreased agricultural yields, increased conflict, increased mortality and morbidity, decreased labour supply, and lower gross domestic product,” they wrote. “Failure to enact Waxman-Markey is expected to have had adverse consequence in all these areas by allowing for higher greenhouse gas emissions, and thus higher climate damages.”