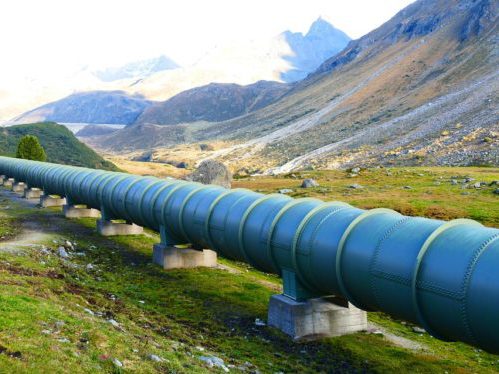 Alberta Premier Jason Kenney is on the verge of tabling a bill that will cancel his province’s carbon tax by the end of the month, a move that Prime Minister Justin Trudeau says will have “no bearing” on whether the federal government re-approves the controversial Trans Mountain pipeline expansion.

“By May 30, there will no longer be an Alberta carbon tax,” Kenney told media Monday, claiming his Carbon Tax Repeal Act would put C$1.4 billion per year back in taxpayers’ pockets. He also plans to cut corporate income taxes from 12 to 8% over four years and reduce the province’s $15 minimum wage for workers aged 17 and younger.

“Getting rid of the carbon tax was a central policy pillar in Kenney’s successful campaign last month to win the election,” The Canadian Press notes. He ridiculed the previous NDP government’s carbon levy “as a thinly-veiled tax grab that penalizes consumers while having no effect on greenhouse gas emissions. He also held the levy up as a symbol of what he has said was an interventionist NDP government that was stifling economic recovery by imposing additional fees and red tape.”

On a visit to Edmonton Friday, Prime Minister Justin Trudeau wouldn’t confirm whether Ottawa would apply its backstop price [2] on carbon once the province cancelled its own carbon tax, saying only that no province is exempt from the federal minimum.

“What we are going to ensure is that nowhere across the country will it be free to pollute,” he said [3]. “We’d much rather work with the provinces on that. But if some provinces don’t want to act to fight climate change, the federal government will, because it’s too important for Canadians.”

Trudeau has acknowledged [4] in at least one media interview that Alberta’s participation in the federal climate plan was a condition of federal support for Trans Mountain. But curiously, on Friday, he said Kenney’s action would not influence the impending [5] cabinet decision.

“Moves that a province may or may not make will have no bearing on the approval process for important projects like the Trans Mountain pipeline expansion,” the PM told media.

“We look forward to approval of the Trans Mountain expansion project and fully expect the federal government to do everything in its power to see that this pipeline gets built,” responded Kenney spokesperson Christine Myatt.