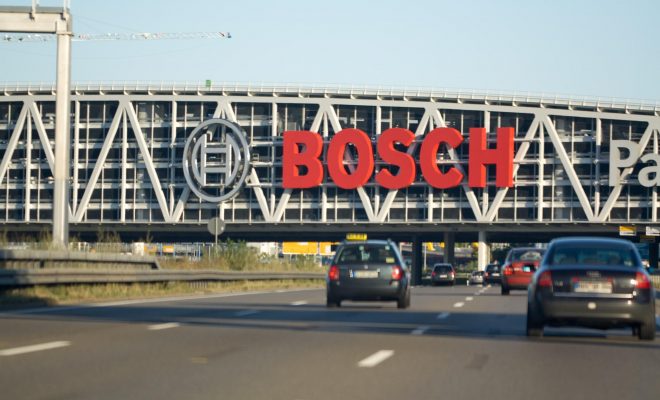 The world’s largest automotive supplier, Germany’s Bosch, has declared its intention to be carbon neutral by 2020, thanks to increased energy efficiency, more green power, and substantial offsets.

In a statement last week, CEO Volkmar Denner said escalating climate impacts around the world make it “imperative for companies to act without delay to stop the planet from overheating and endangering global stability,” Reuters reports.

“If we are to take the Paris Agreement seriously,” he added, “then climate action needs to be seen not just as a long-term aspiration. It needs to happen here and now.”

Manufacturing has a huge role to play in hitting those targets, Reuters notes, with the sector currently contributing one-third of annual global CO2 emissions.

Bosch’s manufacturing operations require huge amounts of electricity, by its own account consuming “7.8 terawatt hours of energy in 2018—equivalent to the annual power consumption of all private households in Berlin and Munich,” the news agency adds. Its current annual emissions clock in at roughly 3.3 million tonnes of CO2.

To offset the nearly 40% of those emissions that will not be erased through energy efficiency and expansion of its green power portfolio, Bosch plans to finance such climate-friendly projects as Caribbean wind power and forest conservation in Africa.

Bosch is making the move to carbon neutrality, at a predicted cost of €2 billion, even as it “forecast sales would stagnate this year due to headwinds from a global downturn and trade disputes,” Reuters states. Its focus on energy efficiency is expected to save around €1 billion.