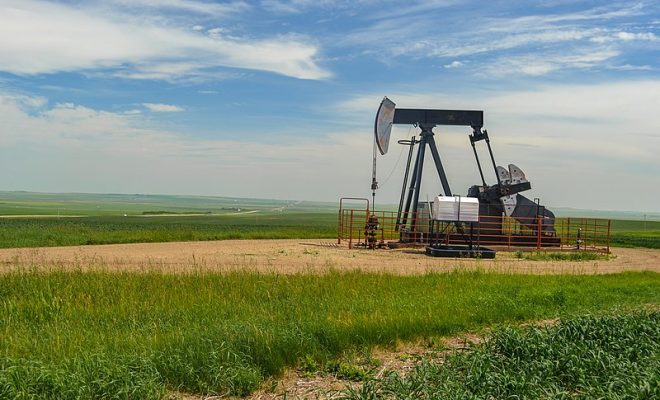 Rural municipalities in Alberta are out more than C$81 million in tax revenue from oil and gas companies, and deadbeat fossils are also asking landowners, mostly farmers, to let them skimp on lease payments on the properties their oil and gas rigs occupy, according to a follow-up news report on Trident Exploration’s decision [1] last week to shut down operations and abandon 4,700 gas wells.

“While the majority of energy companies fulfil their financial obligations, those that don’t are having a significant impact,” CBC reports, citing the $81 million figure from the province’s Rural Municipalities Association (RMA). The assessment showed $14.5 million owing to Wood Buffalo, near Fort McMurray, $4.3 million to Woodlands County, and $698,800 to Foothills County, near Okotoks. The missed payments to Woodlands, northwest of Edmonton, add up to 22% of its 2018 tax levy and budget, enough to affect the “county’s viability and sustainability,” according to a February news release.

“It’s an issue that is not going away,” said RMA President Al Kemmere, an elected councillor in Mountain View County, north of Calgary, and outright bankruptcies are just one part of the picture. “Now, companies that are operating and continue to operate are not paying their taxes, which makes it much more difficult to deal with from a collections point of view.”

The result is that “residents and business owners often have to bear the brunt of the energy sector’s failure to pay, since municipalities may increase taxes on everyone else to recoup funds,” CBC explains, citing Kemmere. And “even when municipalities can’t collect taxes, they still have to pay the education portion of the taxes to the provincial government.”

The national broadcaster says few landowners were sympathetic a few months ago when Trident made a pitch to cut its lease payments by half. “Trident is under severe financial strains resulting from several factors beyond its direct control,” Chair and Interim CEO Darren O’Brien wrote in March. “A few of these factors include (1) the ongoing and unprecedented low price of natural gas, (2) extremely high rural municipality taxes, (3) the high cost of operations, and (4) costs of surface lease rentals. As a result, every possible effort is being made to keep the company financially viable through these difficult times.”

But “many of the landowners (mostly farmers) rejected the idea and still wanted full compensation,” CBC recounts.

While landowners can apply to recover what they’re owed from a provincial surface rights board, they have to file separate paperwork every year for every oil and gas well on their property. “I have some landowners with 50 or 60 leases, said southern Alberta landowner advocate Daryl Bennett. “They have to make an application for every lease, every year. It’s just a headache.”

CBC places the typical payment at about C$4,000 per gas well per year.

Nor does CBC explicitly note that this compensation comes from a government—so it’s still a matter of Alberta taxpayers bailing out the province’s deadbeat fossils.

The story indicates that landowners have no right to refuse a fossil that wants to develop oil and gas beneath their land, and if payments stop, they have to wait more than a year for compensation. “A lot of landowners don’t even know they can apply to the board,” and “due to the lengthy delays, most landowners aren’t even bothering,” Bennett said. With companies continuing to break their lease agreements, “a lot of [landowners] are just getting really ticked off.”

The usually vociferous Canadian Association of Petroleum Producers declined an interview for the story, indicating it was “unable to share any insight into this issue,” CBC states.