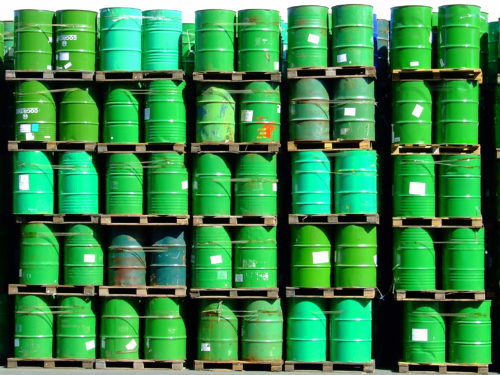 Canada’s oil imports from Saudi Arabia have been increasing steadily since 2014, producing serious concerns for human rights campaigners and political talking points for the fossil lobby—but the problem traces back to business decisions at the Irving oil refinery in New Brunswick, not to pipeline delays in Alberta or political machinations in Ottawa, according to a CBC News report.

Statistics Canada trade data show imports up 66% over the last five years, growing from 5.9 to 6.4 million cubic metres and from C$2.5 to $3.54 billion between 2017 and 2018. “Although monthly imports gyrate significantly—a normal trend in the oil business, according to analysts—the long-term trend is unmistakable,” CBC states. “In January 2019, Saudi oil accounted for roughly 10% of Canadian consumption, up from about 8% in 2017.”

CBC tracks the varied reaction to the data, with fossils predictably claiming the data boosts the case for more bitumen pipelines, and human rights groups saying Canada shouldn’t support a regime that beheads its own citizens and dismembers journalists like Jamal Khashoggi. The country’s human rights record has, “in many deeply troubling ways, deteriorated considerably in recent years,” said Amnesty International Canada Secretary General Alex Neve. “It is incumbent upon the Canadian government to ensure that business relationships do not cause or contribute to human rights violations in any country, including Saudi Arabia.”

Business analysts agree the volume of incoming Saudi crude is driven by refiners’ decisions to acquire the grade of oil they need at the best possible price—not by national policy or oilpatch politics.

“Oil is the most freely traded commodity in the world,” said energy specialist Jim Krane, from the Baker Institute for Public Policy at Rice University in Texas. “For a Canadian refiner, it’s an economic or a chemical question, not a diplomatic question. They aren’t buying it based on the relationship between Ottawa and Riyadh or human rights violations in Saudi Arabia.”

That didn’t stop Mark Pinney, manager of markets and transportation at the Canadian Association of Petroleum Producers, from trying to focus the story on market access. “Right now, our pipeline network is fairly extensive, but it doesn’t extend to the East Coast,” he told CBC. “There are some refineries Canadian producers are not easily able to reach,” making new pipeline capacity “the answer to a lot of things.”

But Irving Oil, which declined to comment for CBC’s story, “have been clear that they would not sign binding contracts to take the oilsands oil,” said Environmental Defence Executive Director Tim Gray. In 2016, Irving Oil President Ian Whitcomb threw his support behind TransCanada’s proposed Energy East pipeline but made it clear that the refinery’s Saudi imports, which date back to 1960, “are compelling because of the low cost of transportation on large tankers,” the Financial Post reported [4] at the time.“We will add Western Canadian crude to our portfolio as the economics dictate, but probably not at the expense of our Saudi barrels,” Whitcomb said. (h/t to energy analyst and Energy Mix Productions Board member Shelley Kath for pointing us to the Ian Whitcomb quote.)